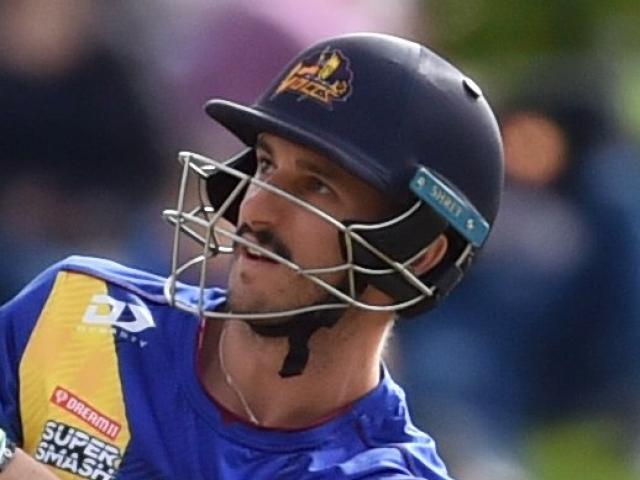 The 30-year-old left-hander was in sublime form this summer. Arguably, he has never hit the ball so well but he also got hit and he has history.

England pace bowler Jofra Archer struck Rutherford with a bouncer in November, and then he was pinned by Black Caps speedster Lockie Ferguson in the domestic one-day final.

It was his second concussion layoff for the season and the fourth of his career. Five years ago, he had three months off after he got hit by Scott Kuggeleijn. It was the same season Australian cricketer Phil Hughes died after he was struck by a bouncer.

Last year, former Otago top-order batsman Shaun Hicks made the gut-wrenching decision to retire at age 23 following a series of head knocks. He had had four serious concussions and decided it was no longer worth the risk.

Rutherford, though, is keen to continue.

‘‘I’m at ease with it,’’ he said, adding he was back to full fitness and had played club cricket before the season was called off early due to the spread of coronavirus.

Rutherford said initially he did not think his latest concussion ‘‘was that bad’’.

‘‘But as the weeks went on I realised that it was probably a little bit more severe than what I thought.

‘‘It took that extra bit of time. I’ve had four now and everyone has been different in its own wee way.’’

Rutherford said the processes around concussion had come a long way since his first serious head knock.

‘‘Back in those days there wasn’t guidelines. I was the first in New Zealand to probably actively seek them.

‘‘I had played in England so I went online and looked at what they did. They had some quite good structure around it.

Concussion was not really a word used in cricket, he said, but Hughes’ death changed all that.

‘‘There are some really good guidelines in place now. Back when I got hit by Kuggeleijn, to think what I was doing to recover compared to now was completely the opposite. It was terrible. I was trying to play golf and all sorts.

‘‘There was no advice, so I was just going about my days as normal. Obviously, now I know that you’ve got to lay low and reduce stimulus.

‘‘The timing of my head knock was quite convenient because it was a few months after the Phil Hughes incident and everyone around the world was getting things in place.’’

Asked if he was worried for his future, Rutherford said as long as you made a full recovery from concussion there was ‘‘no reason why it should have an impact on your life in the future’’.

He was supposed to spend the New Zealand off-season playing for Worcestershire in the county competition. But the season in the United Kingdom has been postponed, so he is in limbo.

‘‘They are talking about starting May 28 but that is probably not going to happen. At some point there might be some cricket over there so we will just see what happens.’’

And like the rest of New Zealand, he will be in lockdown for the next four weeks. He plans to keep his fitness up, get stuck into the garden and spend time with his daughter Gracie (18 months) and partner Sophora Peat.