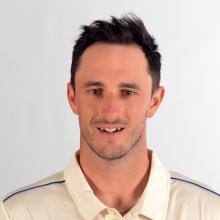 The Otago side has ventured north to start its Plunket Shield campaign and is keen to make an impact in the four-day competition.

But it is not going to be easy against an Auckland side which has plenty of talent.

The side has lost experienced former Black Caps opener Jeet Raval who has moved to Northern Districts while fellow international Lockie Ferguson is playing in the Indian Premier League.

But former test batsman Martin Guptill will line up for Auckland along with the talented Mark Chapman and Glenn Phillips.

The side will rely on new Black Caps paceman Kyle Jamieson to take wickets along with New Zealand spinner Will Somerville.

Auckland will be captained by Robbie O’Donnell, who led the side for periods last year.

The match will be played at the Eden Park Outer Oval.

Otago will play its first three games away in the North Island — against Auckland, Northern Districts and Wellington.

With only eight rounds in the competition, it is vital Otago gets off to a good start. Otago finished third in the Plunket Shield last year while Auckland was fourth.

Hamish Rutherford will captain the Otago team while last year’s skipper, Jacob Duffy, will lead the team in the white-ball formats.

Otago has a settled side apart from the loss of Neil Broom who has decided to play just the limited-overs fixtures.

Anaru Kitchen is likely to open and he will be joined in the top order by Mitch Renwick. All-rounders Michael Rippon and Nathan Smith will be expected to supply runs.

The two other games in the round started yesterday with rain dominating.

Northern Districts reached 80 without loss at Seddon Park against Central Districts before rain stopped play. In Wellington, the home team was 46 for two wickets against Canterbury but then the heavens opened.