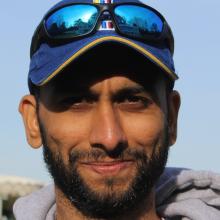 Taieri maintained its unbeaten record in the senior men’s one-day tournament with a comprehensive eight-wicket win against Carisbrook-Dunedin at Brooklands Park on Saturday.

The wrist spinner was in fine form and their combined efforts had Carisbrook-Dunedin all out for 127. Richard Sillars got the bulk of those runs.

He added 52 and got some help from Liam Ryan with 30. No-one else in the line-up reached double figures.

Visavadiya (48) and Phillips (35 not out) teamed up again with the bat. The pair put on 61 to help knock off the target with almost 30 overs to spare.

Taieri is five from five and has a healthy 31-point lead at the top of the competition standings.

Who knew 105 would be a winning score at Sunnyvale?

Certainly not Green Island. The champion club side would have fancied itself after dismissing Albion for the modest tally.

But turns out the 46 runs Albion’s Jack Coman ground out with the bat was the difference between the two teams.

He watched from one end has his side slumped to be 78 for five. He carried the team passed 100 but was run out shortly after. 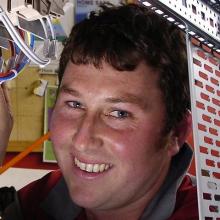 The wickets were shared around but veteran all-rounder Mark Joyce had the biggest bag, with three for 13.

Green Island opener Joel Meade set anchor at one end and tried to guide his side past the target.

But former Otago all-rounder Sam Wells (four for 22) and Matt West (four for 15) tore through the batting line-up.

Meade was eventually undone on 28 and Gregor Croudis helped stem the flow of wickets with 24.

But West sealed the dramatic one-run win for Albion when he dismissed Jack Mockford for nine.

Rhys Bayly-led Kaikorai to a 48-run win against University-Grange with a fine century at Bishopscourt.

The opener posted 102 from 131 balls to help his side reach 234. He had minimal support other than a cameo from No9 Vinay Chandrappa. He chipped in with 27 at the death.

Usman Shah and Michael Ruske took three wickets each for University-Grange in a solid bowling effort.

The visitor made a decent start with the bat. Veteran batsman Andrew Hore (27) and Todd Anderson (44) added 38 for the first wicket.

Harrison Biggs (20) and Ben Hatton (28) helped chip away at the target.

But Ryan Whelan (three for 44) and Mason James (three for 33) proved too effective. And Matt Hunter claimed two for 21 to help dismiss University-Grange for 186.