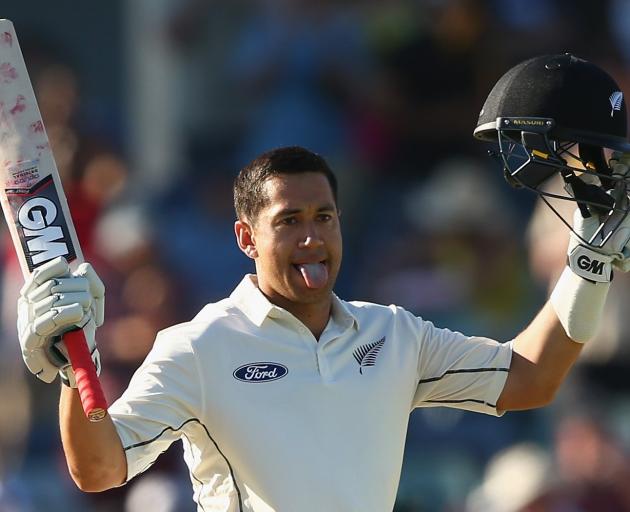 Ross Taylor celebrates after reaching his double century against Australia in Perth in November 2015. Otago Daily Times cricket writer Adrian Seconi rates this as New Zealand’s greatest test century. PHOTO: GETTY IMAGES
All centuries in test cricket are special in their own right. But what makes a great ton . . . well, great? Cricket writer Adrian Seconi rips off one of his favourite cricket books to name his top 10 New Zealand test centuries.

Memorable hundreds are not necessarily the same as great hundreds. Brendon McCullum flayed the fastest test hundred in history in 2015. But he was dropped early and caught off a no-ball. And some of the boundaries were dirty thick edges that flew over the slip cordon. It was a really entertaining knock and infinitely rewatchable. But, from a technical perspective, was it one of the great innings? Keep that in mind while reading through this top 10.

Patrick Ferriday and Dave Wilson, in their wonderful book Masterly Batting — 100 Great Test Centuries, set themselves the ambitious task of ranking the top 100 test hundreds and came up with a methodology that I have leaned on here. Each century was judged according to these criteria: value; quality; conditions; bowling strength; and impact.

Value encompasses the amount of runs scored and the percentage it made up of the team total. Quality is partly aesthetic but also the pace and tempo of the innings and whether any chances were offered.

The conditions, the strength of the bowling and the impact the innings had on the match/series are each marked out of 20 as well for an overall score out of 100.

There was a determined effort made to make sure there was a good representation rather than just listing the top five knocks by Kane Williamson and Martin Crowe. Effectively, I picked my top 10 and then applied the methodology. There were some surprising results. The order was not what I expected.

Significance: The highest score in Australia by a visiting player.

Description: Smashed around an all-star Australian bowling line-up in very friendly batting conditions at the Waca. Mitchell Starc was bowling with extreme heat, though. Hit 160kmh at one point. The game was a draw.

Significance: Carried New Zealand to a maiden test win over Australia. Scored a century in the first innings as well to become the first New Zealander to achieve back-to-back hundreds in a game.

Description: Mastered tough batting conditions and a decent attack including the world’s No1 bowler, Max Walker.

Significance: The 22-year-old batted like a veteran to help his side avoid the follow-on.

Description: Marked himself out as a batter of sublime class with a conscientious knock against a devastating three-pronged pace attack of Malcolm Marshall, Michael Holding and Joel Garner. The docile nature of the pitch helped out a tad. 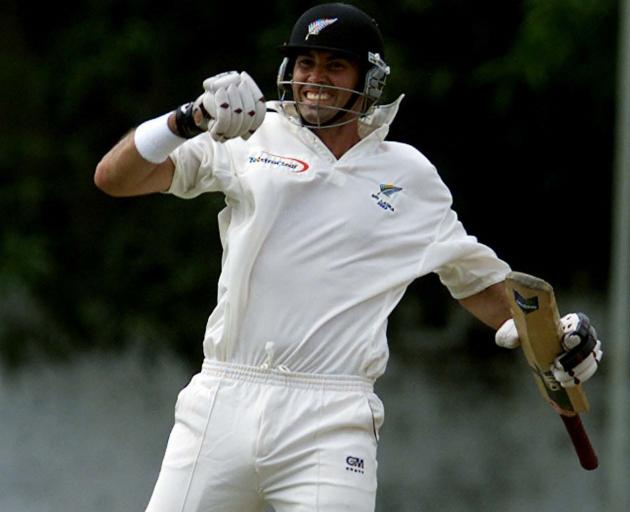 Stephen Fleming celebrates his double century against Sri Lanka in Colombo in April 26. PHOTO: REUTERS
274 not out

Significance: Scored a huge double ton in his 50th test as captain.

Description: Was up against Sri Lankan all-time greats Chaminda Vaas and Muttiah Muralitharan on their turf and won the battle. The game petered out to a draw. 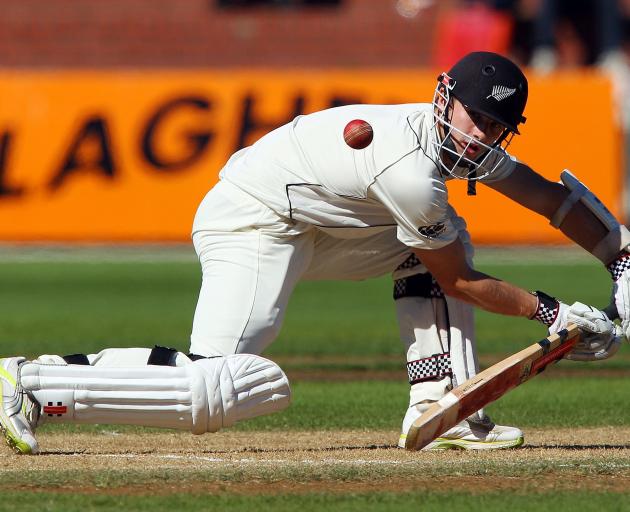 Kane Williamson keeps out another ball during his gritty century against South Africa at the Basin Reserve in March 2012. PHOTO: GETTY IMAGES
102 not out

Significance: Came of age by fending off a ferocious Proteas attack to secure a draw.

Description: New Zealand had slumped to 83 for five but Williamson defied a red-hot Morne Morkel and kept out the great Dale Steyn. Offered a couple of chances, though.

Significance: His test century was the slowest scored in Australia but he also engineered a wonderful rearguard action.

Description: Batted for the best part of two days against some hostile bowling to salvage a draw.

Significance: Smashed 24 off one over. Broke the world record for a No9 batter. Featured in two New Zealand-record partnerships.

Description: New Zealand had slumped to 131 for seven and, out of the blue, Smith bludgeoned the attack in a stunning assault.

Significance: Nursed the tail through to a tense two-wicket win at Carisbrook which helped clinch the test series win 2-0.

Description: Lance Cairns had been felled by a bouncer by a young and fired-up Wasim Akram, so Coney and Ewen Chatfield put on 50 for what was effectively a last-wicket stand. Coney combined dour defence and strong attack to win the day. Dropped a couple of times, including on 97.

Significance: Came into bat with the Black Caps 52 for three and steered his side out of trouble.

Description: Was in the form of his life but abandoned all his instincts and buckled down to save the game with a mammoth and historic knock against a useful Indian attack. 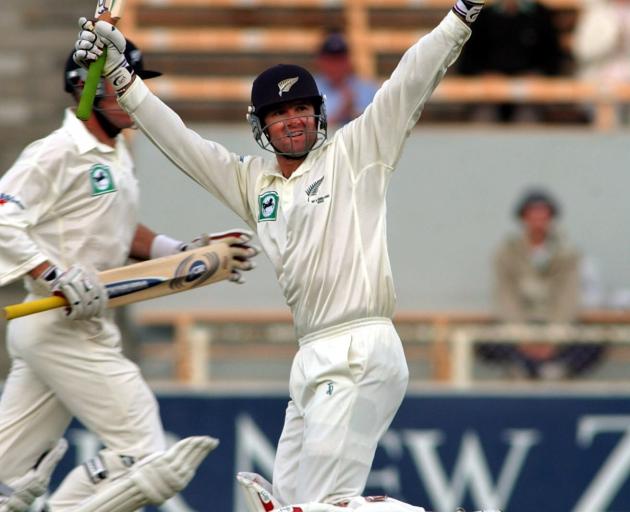 Nathan Astle salutes the crowd after passing 200 against England in Christchurch in March 2002. PHOTO: GETTY IMAGES
222

Description: At the foot of Mt Everest in a pair of high heels, Astle launched a devastating counterattack that almost proved anything is possible. England won by 98 runs in the end, though.

- Classy left-hander Bert Sutcliffe returned to international cricket following a six-year break at the age of 38 and scored 151 not out against India in Kolkata in 1965.

- All-rounder John Reid scored a couple of memorable hundreds but in losing efforts. He scored 100 out of 159 against England in 1963 but the game was lost by seven wickets. And he stroked 142 out of 249 against South Africa in 1962 but New Zealand lost by an innings and change.