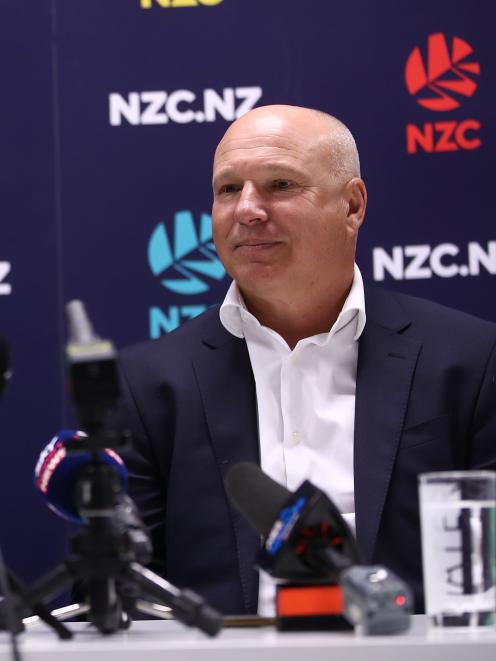 David White. PHOTO: GETTY IMAGES
It is always a relief for the batsman when "Not Out" flashes up on the screen.

That is how New Zealand Cricket must have felt yesterday.

The Government has basically given it the "Not Out" so the home international season can go ahead.

It has signed off on the West Indies and Pakistan tours of New Zealand in November, December and January.

But like all recent arrivals, the players will be bundled off to quarantine.

The tour schedules will be released next week but NZC chief executive David White revealed details of the managed isolation arrangements yesterday.

The squads will arrive in Auckland and "most likely" take a chartered flight to Christchurch, where they would be based during the two-week quarantine period.

That means Queenstown has missed out. There had been hopes in the resort town it could host the touring teams.

"We are just working through that with the Government and, if it is Christchurch, then they will train at our high performance centre at Lincoln University," White said.

White is also confident planned tours from the Australian men and women’s sides, the English women and the Bangladesh men will also go ahead later in the summer .

NZC will pick up the bill for the cost of quarantine and it will be a significant expense.

The squads will be large as there is no capacity to fly in replacement players. And White also revealed the West Indies and Pakistan would play games against New Zealand A.

But while it will be a pricey exercise, White said it also offered a "financial life-line".

"International cricket funds the whole game of cricket in New Zealand, so it is very, very important for us."

The touring players will be able to train in small groups from day four if they return a negative Covid-19 test.

Returning New Zealand IPL players will also have to go off to quarantine island when they return home.

The Black Caps’ scheduled trip to Australia in January has been axed. It was not feasible given the quarantine periods require.

Some details of the international summer schedule have already made it into print.

The Wellington City Council ran an advertisement in a Wellington newspaper last weekend with a proposal for temporary road closures on December 8-16 to accommodate a test against the West Indies.

The proposal also suggested there would be a T20 against Pakistan on December 29 and an ODI against Bangladesh on the weekend of March 20-21.

ND gets away a little on Otago in ‘topsy-turvy’ day 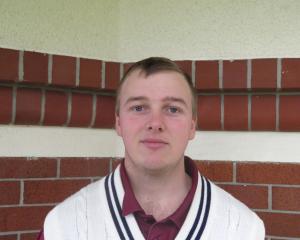