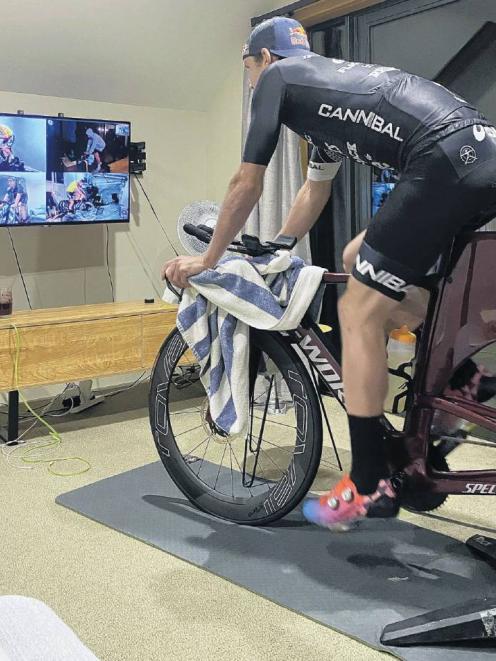 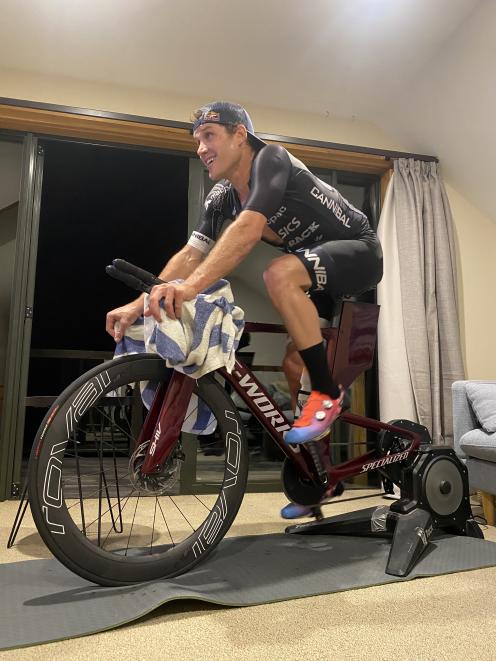 Phillips made good use of his power advantage from his Christchurch home, while Currie brought all of his renowned fight and grit to the contest.

He was often seen out of his seat while watching the graphics unfold on the screen in front of him.

The Australians were doing all they could to stay with the flying New Zealanders, through the opening 10km, both Reed and Amberger had lost the best part of a kilometre and were struggling to match the power output of Phillips and Currie.

That pressure led to Reed literally blowing up his indoor trainer in his efforts to keep pace, the little Australian breaking his equipment during the watt per kilogram challenge at 37 minutes into the race.

Currie claimed the watt-bomb challenge, at one point posting an astonishing 13.0 watts per kilogram as he threw the gauntlet down to Phillips and the Australians during 30 seconds of outright effort.

Despite a fast finish from Currie, Phillips held on.

Currie, who was in good humour after the race, had the consolation of winning that watt bomb challenge.

"I didn’t have any tactics other than to go hard from the start and hope that maybe in the watt bomb my mountain bike days came back to me with some power to weight. That was definitely the highlight," he said.

"It is always great to race against our Aussie friends and I can’t wait to see the borders open up again so we can get racing against them in person."