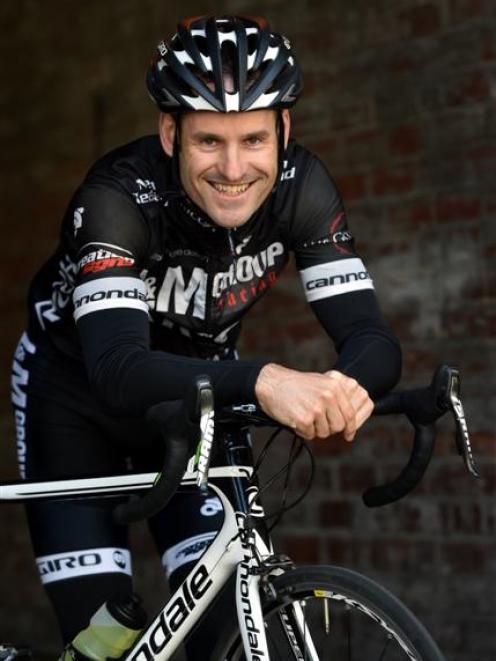 The 34-year-old is not quite certain just how many times he has had to steel himself for the tour.

Whatever the correct answer is, he has not been put off by the threat of driving rain or the merciless wind which is so often a feature of the week.

He is, he suggests, a sucker for pain. And with three King of the Mountain titles to his name, Chapman is as familiar with the concept as you would want to get.

The nuggety rider loves the Tour of Southland, but finding time for those long training rides is getting harder.

His valuation business keeps him busy and Chapman and his wife, Chantelle, have three children, Oscar (5), Harrison (3) and Isla (1).

''This could be the last one, but you never say never,'' he said.

Chapman would love a fourth King of the Mountain title. But the team he captains (L&M group Ricoh) has a much bigger goal in mind.

The aim is to get its leading rider, Liam Aitchison, into a position to finish in the top three of the general classification or even win the tour.

It is a lofty goal, but Aitchison is in good form, having recently won a North Island Team Series race in the Wairarapa.

''Everyone that is on the team this year has been riding with the main goal of doing well on the Tour of Southland and have been training up really well.

''But Liam has finished really well on some of the main hill stages in previous tours.

He finished second up Bluff Hill one year and he finished third up Coronet Peak last year.

''If we can keep him in a good position for the rest of the week, then he can just do his thing on the big hill and hopefully he will be up there in the general classification.''

If Aitchison falls out of contention, the team will target the other coloured jerseys, including the polka dot jersey for the King of the Mountains.

''We've got most bases covered. Sometimes you only have a couple of cards you can play as a team, but this year we seem to have the full stack, which is great.''

L&M has a distinctly Otago flavour, with four of its six riders either based in the region or from the area.

Jacob Grieve is a dentist in the city and Aitchison is from Alexandra.

Dunedin's Guy Carter was a late scratching. He woke up in severe pain and required urgent groin surgery.

While Chapman is hopeful L&M will have a good tour, he is always wary of the teams which ride overseas, such as Avanti and ''any of the Aussie teams which come over''.

The tour, which gets under way on November 1, is more or less the same as last year.

Two of the stages have switched days and the stage which ends at the top of Bluff Hill has been extended by about 30km.