Harris making most of openings as professional 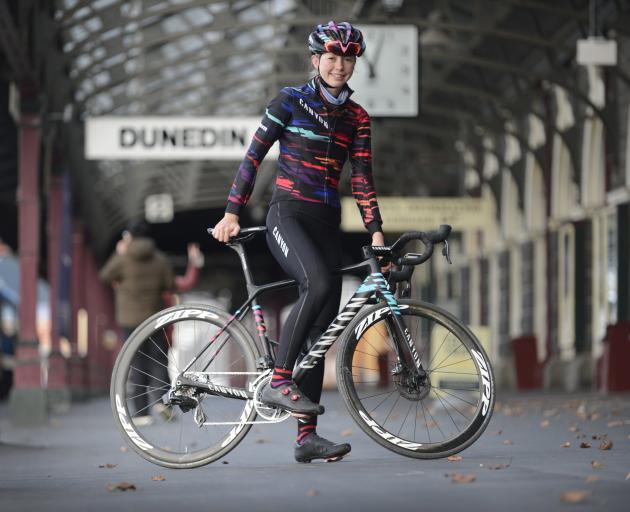 Rookie professional road cyclist Ella Harris is back in dunedin for a brief break. Photo: Gerard O'Brien
Ella Harris' painful entry into the world of professional cycling is a distant memory now.

She beat about 4500 other hopefuls and moved to her new base in Girona, Spain in late January.

Harris, who is back in Dunedin for a break, said she had settled in well to her new life as a rookie professional.

Cycling can be very hierarchical but so far she has not had to back-track for the drink bottles or the bananas.

In fact, the national under-23 champion has done much better than anyone expected. That has meant her first stint on the professional circuit has been busier than anticipated.

Harris has competed in ''about 10 races'' and had some strong results.

''I ended up getting quite a few more opportunities,'' she said.

''We've got a team of 16 riders and generally there are only six in a race. That means there are not as many opportunities as if I rode for a smaller team.

''But I'm fitting in really well. All the girls have been really welcoming and the staff are really nice.

''I think it helps that once you've done a few races and they can see that you can ride a bike reasonably well.''

Harris felt her best results came shortly before returning to New Zealand for her break.

She won the young rider's jersey and placed eighth in the general classification on the four-day Vuelta a Burgos Feminas.

It is a second-tier UCI event but she also impressed on the four-day Emakumeen Euskal Bira which is a tier-one event.

''That was a world tour race, so it is the highest level of racing you can do.''

She finished second in the youth category and finished in the top 20 riders on the general classification. That result bodes well for the remainder of the year.

She heads back to Spain on July 14 and has a packed schedule. Her first event is a four-day tour in Belgium and the Netherlands. She is a maybe for La Course - the women's version of the Tour de France - which is on at a similar time.

But she is a definite for Ride London which is a circuit-style race. From there she heads to Colorado for some altitude training and racing. Then it is back to Spain where she hopes to do some build-up races in preparation for the world championships in Yorkshire in September.

Of course, she will need to be named in the New Zealand team first, but is hopeful.

''I don't want to get my hopes up but I think they [my prospects] are pretty good.

''I think with the team I'm on, and the results I've had, will help. But I haven't been racing as much as the other girls who are over there because they are in smaller teams.''