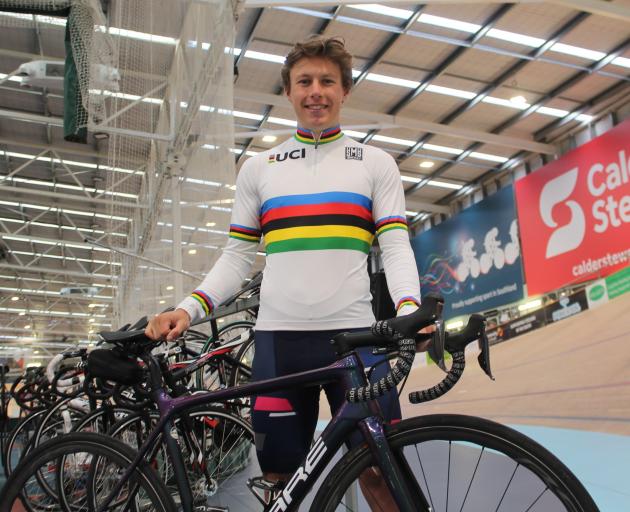 Strong went to the Netherlands in March with his SEG eRacing Academy team for the Union Cycliste Internationale tour.

Two days before his first race, he was told by team management to get back to New Zealand following our Government’s call to shut the borders.

"By the time I’d got home my team had packed me a bike and booked me a flight and told me I needed to get out of the Netherlands because all the racing was being cancelled," he said.

While he spent a few days wondering whether coming home was the right decision, when he got back he realised it was.

"There would still be no racing if I stayed and I would’ve been stuck in the same room in Spain for eight weeks."

Strong (20) said the cycling season had been a time of "ultimate highs and ultimate lows".

In February, he competed at the 2020 UCI Track Cycling World Championships in Berlin, winning a gold medal in the points race and being part of the team pursuit, which won a silver.

"I was able to pull off the win, which was really special for myself and my family and all my supporters."

Over lockdown, he continued to train indoors.

With uncertainty about the future international racing, he planned to remain in the South.

"I’m sort of thinking it might just be training and some racing here in New Zealand for the rest of the season."

Despite the challenges, he was looking forward to spending time at home before returning overseas.