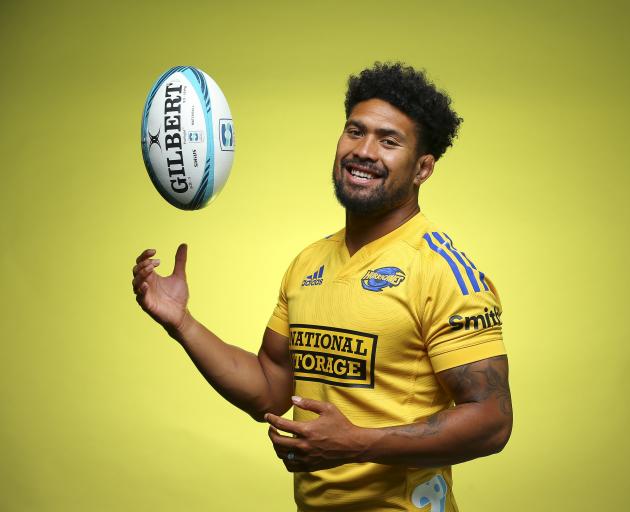 Ardie Savea will carry the hopes of Hurricanes fans this season. PHOTO: GETTY IMAGES
Our series looking at the fortunes of the 12 teams in the new Super Rugby Pacific competition continues. Hayden Meikle finds out more about the Hurricanes.

Coach: Jason Holland lines up for his third season in the top job. He easily has the lowest profile of all the New Zealand coaches.

Star forward: Ardie Savea then daylight. The Hurricanes will go as far as their outstanding loose forward takes them.

Star back: It is not really the star-studded Canes backline of ye olden days, though there are some veteran hands in TJ Perenara, Julian Savea and Tei Walden. The main man is Jordie Barrett, a rare bright spot in an average All Blacks campaign last year.

Exciting prospect: Ruben Love is, in the words of commentator Ken Laban, out of the rugby nursery that is Palmerston North Boys’ High School. The talented utility back had a taste of Super Rugby last year. Represented New Zealand in cricket at under-19 level.

Nickname (rated out of 10): 10. It’s basically perfect — plural, makes relative sense (Wellington being so darned windy and all) and, best of all, it is easily shortened to the Canes.

Jersey (rated out of 10): 6. It’s fine. Just seems like they’ve overdone the swirls and zig-zag patterns a little.

Wait, he plays on this team?: Owen Franks! Yes, that’s him. The veteran of 150 games for the Crusaders and 108 tests for the All Blacks is back after a couple of years in England. Sadly, it looks like an Achilles injury will mean we won’t see him this season.

Last year: Rather poor. Only won two out of eight games in Super Rugby Aotearoa. Won four out of five in Transtasman, but beating Australian teams didn’t really carry much meaning last year.

Predicted finish: Seventh. It was always fashionable to say the Hurricanes were unpredictable, but it really is the case this season. The return of Perenara is significant, and the wonderful Savea should get some help from Dane Coles, Tyrel Lomax and Dominic Bird. If Barrett, Julian Savea and Peter Umaga-Jensen have big seasons, anything is possible. But depth is certain to be an issue. Could finish anywhere from fourth to 11th.