With the winter weather and rain not budging this week, most teams have had to postpone outdoor training due to ground closure. Logan Park Turf has been a great back up for teams, with some opting to do indoor practice instead.

In the Women’s Premier League this week we have the Dunedin Technical AFC and Otago University 2nds match kicking off the weekend on Friday evening at Logan Park Turf.

Tech coach Craig Johnston said the team has “been training really well, with newcomers to the club keeping the established players on their toes.”

Tech will be at full strength after the return of three key players, Shontelle Smith, Emily Morison and Kate Guildford.

“Selections from now on will become increasingly hard,” Johnston said.

Green Island AFC have a Sunnyvale home game against Roslyn Wakari. With every game, Green Island are learning more about the team and its players, which is helping the team understand where to focus their energy. 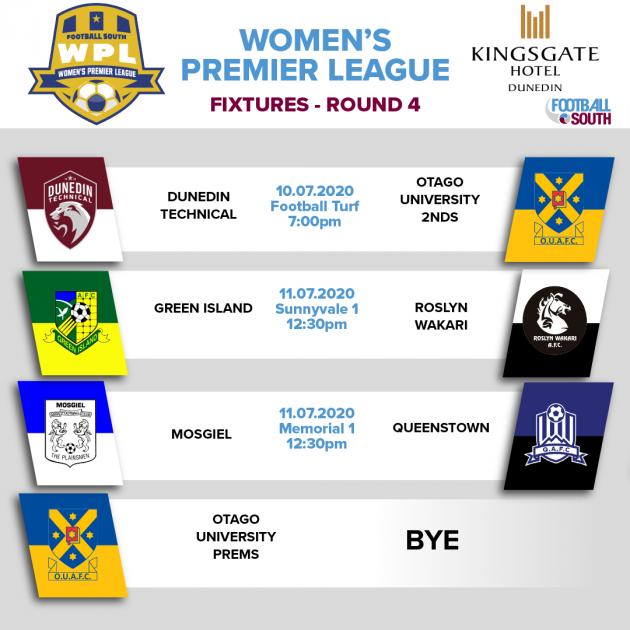 Head coach Richard Kerr-Bell felt the fixture this weekend would be “relatively even, but make for an exciting game to continue learning from.”

“The rain, while stopping outdoor training, has meant an indoor atmosphere of energy and focus. We are looking forward to Saturday.”

Assistant coach Jordan Pike is looking forward to a challenging game. After training on the Turf this week, Mosgiel have been working on improvements from last weekends game.

Pike acknowledged last week Mosgiel didn’t use the wind to their advantage, and this week will be aiming to play better with the conditions given.

Otago University have the bye and will be back next weekend with a game on the Turf against Mosgiel.

In the Southern Premier League, Caversham is hosting Wanaka AFC at Hancock Park.

Cavy head coach Richard Murray was disappointed with the way the season had started, but said collectively the team was capable of more, and were working hard on the training pitch to turn it around.

Like other teams in the league, with the shortened pre-season, Cavy are battling injuries and sickness.

“We are looking forward to hosting Wanaka and the promising youngsters that Ian has at his disposal,” said Murray.

“Wanaka will be coming in confident after getting their first win last weekend, and our boys are looking to strike and pick up 3 points.” 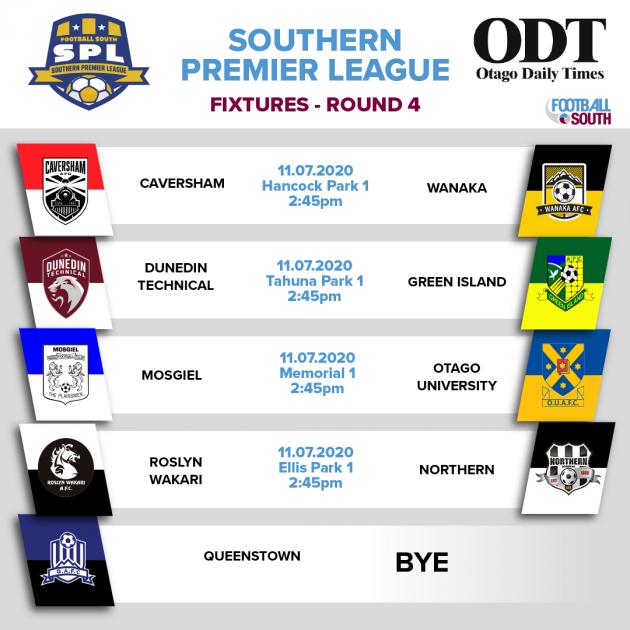 Dunedin Technical head coach Malcolm Fleming was happy with full numbers during training this week, with an extra indoor session due to ground closure. Tech are to host Green Island AFC at Tahuna Park this weekend, after having a bye last week.

Fleming said Tech will “give it their best” and enjoy playing some good footy.

Mosgiel AFC head coach Cam McPhail was pleased with the good performance of the team over the last couple of games, putting points on the board. He was happy with how well the team were training, and working hard in all aspects.

This weekend Mosgiel have a home game against Otago University AFC, which McPhail said “will be a tough game, Otago Uni have quality players all over the park.”

Roslyn Wakari will host Northern this weekend at Ellis Park. With Northern having some fundamental changes happening, Roslyn coach Terry Boylan is expecting a big game. “It will be a different Northern than we are used to, but we are up for the challenge.”

Boylan is enjoying being able to build up the younger players in his team, building up skill levels and experience for future seasons.

“Every game is a lesson in itself, and everyone is constantly learning,” says Boylan.

Queenstown AFC have a couple of weeks off travel, with a bye this weekend and hosting Mosgiel AFC next weekend.