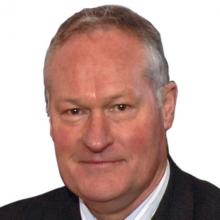 Steve Davie.
There is still a taste for sport on radio, but whether there is the financial means to get it back on air is the big question, a couple of Dunedin sports broadcasters say.

NZME announced on Monday it was taking Radio Sport off air as it had no content and the company was facing tough financial times for media.

The station had been in existence since the mid 1990s, having evolved out of Sports Round-up which played in the summer on Concert Radio, mainly to cover cricket.

Radio Sport had lost the rights to the cricket at the end of this summer.

Dunedin broadcaster Steve Davie said it was commercial reality which led to the closure of the station.

"It had no content and with that you have nothing to draw an audience in and then no advertising, so it was only a matter of time," Davie said. 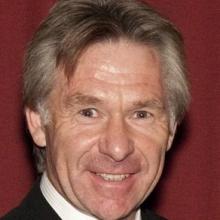 Paul Allison
Once something was gone it was always difficult to get it back.

It would be possible to get it back, but that would take some money and commitment which was uncertain at the present time.

He said the first course may be just coverage in the weekends, harking back to before Radio Sport came into existence and coverage was on the ZB network.

The cost of technology had decreased, which had led to less money needed to run a station, and there was plenty of talent out there.

He still thought there was a big enough audience to make a sports station viable.

Paul Allison had been calling rugby games, firstly at Carisbrook and then Forsyth Barr Stadium, for more than 25 years on the radio.

He received an email on Monday about the closure, and said he was a victim of circumstances.

It was disappointing but entirely understandable.

He thought the whole of sport would move back to the model of the late 1980s and early 1990s and any sport on the radio would reflect that. Blanket coverage might not possible.

It was hard to get a gauge on how many people were listening, as television had greatly increased its coverage in the past 25 years.

There was the opportunity for someone to come in and broadcast sport on the radio, but the sporting landscape was going to undergo huge changes in the near future.