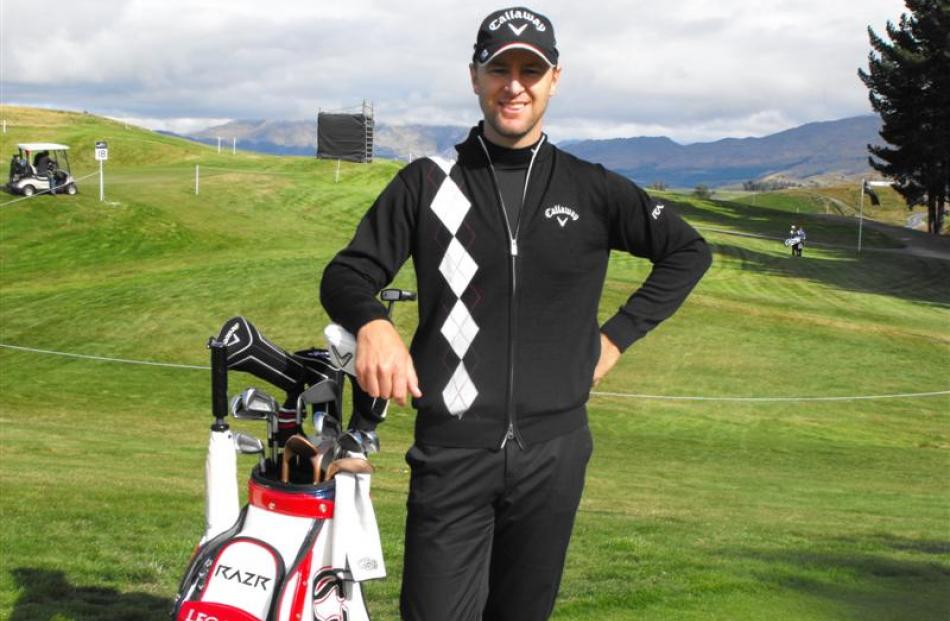 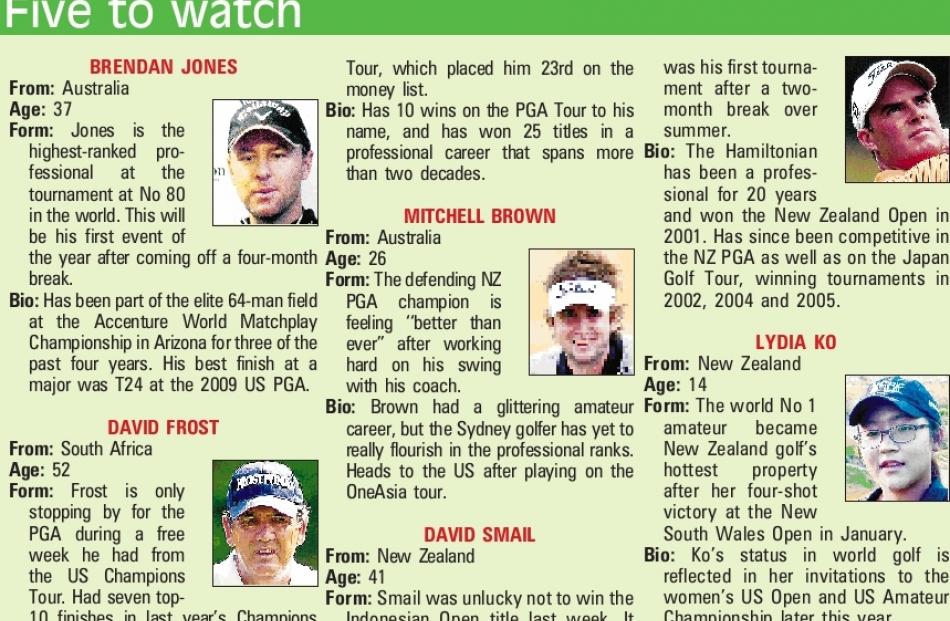 The tournament at The Hills, near Arrowtown, combines professionals, amateurs and celebrities in four days of golf.

Several of the tournament favourites yesterday were positive about the PGA's new format and insisted the quality of golf would remain the same as the event had previously produced.

Defending champion Mitchell Brown, who won the PGA in its old format when it was played at Clearwater in 2010, said playing alongside any cutters and slicers would not affect his game.

"Playing with an amateur doesn't make a difference. None of us pros have a problem with it," Brown said.

"I think there's a couple of guys who whinge about it. That's because they play bad... I play with my Dad all the time and he's hopeless."

Australian golfer Brendan Jones, the tournament's top-ranked player, had no qualms about the prospect of 64 amateurs joining the field after tomorrow's cut.

"I think it's great. We are still playing at a professional tournament," Jones said.

"It's nice for the amateurs to get involved. I have played at Pebble Beach a couple of times and it's a lot of fun for everybody.

"A lot of the pros might get a little distracted from the amateurs, but for me, when I do play I am playing with a bunch of mates."

While the quality of the field does not match those attracted by the three New Zealand Opens held at The Hills, organisers maintain the PGA has plenty of top talent.

Joining Jones on the course will be 10-time PGA Tour winner David Frost, of South Africa, wily veterans Craig Parry, Peter O'Malley and Peter Fowler, and top New Zealanders such as Mark Brown and Phil Tataurangi, who are all expected to mount a challenge.

While the professionals will keep spectators at bay with the sizzling shots, organisers John Hart, Michael Glading and Sir Michael Hill have pulled in a major star in the celebrity field.

Locals have been encouraged to catch a glimpse of Oscar-nominated actor Don Cheadle, who starred in Hotel Rwanda and appeared alongside Brad Pitt and George Clooney in Ocean's Eleven.

The tournament has also caught the attention of some notable former rugby players who have kept up their handicaps since retiring from the 15-man game.

Former All Blacks Justin Marshall, Andy Haden and Jeff Wilson and former Wallabies halfback Nick Farr-Jones will be in the amateur-celebrity field, along with Prime Minister John Key and radio and television host Murray Deaker.

Fine weather is expected for the duration of the tournament.