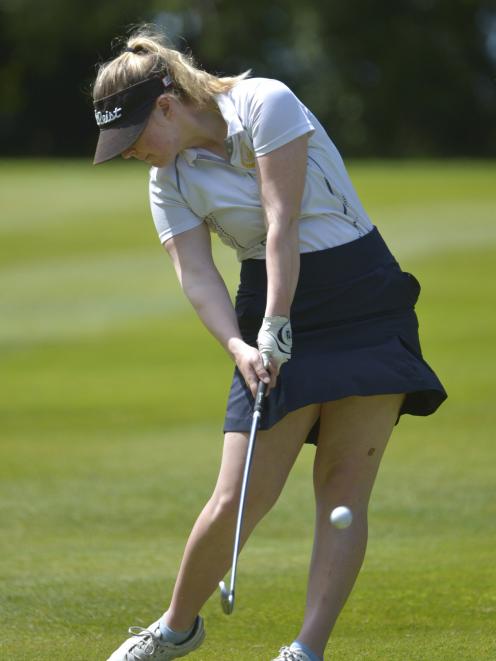 Danielle Bailey, pictured in 2017. ODT file photo.
Playing off a seven handicap, Jed Cuthbertson posted a gross score of 67 to lead Otago Boys' High School to victory in the Otago intercollegiate final, which was played over 18 holes at Roxburgh on Friday.

Cuthbertson was supported by Joseph Hancock with 71 and Parker Aluesi with 72, to beat Wakatipu High School by five shots.

Otago Boys will now play off with the top Southland team, for the opportunity of competing in the national intercollegiate final and New Zealand under-19 championships in Manawatu in September.

Danielle Bailey (Wakatipu) was the leading girl in the event, and along with Robertson and Hancock, will go forward to the national Eagles Golfing Society junior tournament.

Judkins and Cuthbertson posted lower scores but they did not qualify, as the event is for golfers aged under 17.