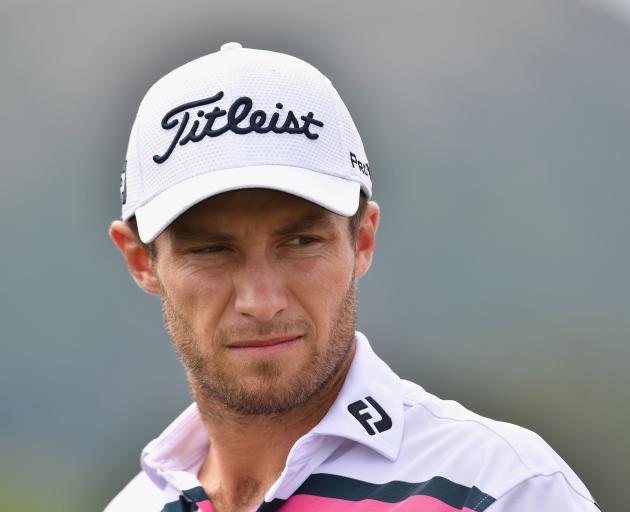 He played there several times in his amateur days and now he has a rather special date at the home of golf in July.

Campbell (30) qualified for the 150th British Open by finishing runner-up in the Vic Open at the 13th Beach links course in Melbourne on Sunday, just a shot behind winner Dimi Papadatos.

The tournament was given a place in the Open qualifying series — meaning the top three in Melbourne punch their ticket to the major — when the New Zealand Open was cancelled.

"It’s very nice to be heading to the British Open," Campbell told the Otago Daily Times from Melbourne yesterday.

"I was a little bit disappointed to finish one short of winning the Vic Open, but my game is definitely trending in the right direction, and it’s nice to start seeing some results."

Campbell, originally from Masterton, had a good taste of St Andrews when he played tournaments there as one of the world’s leading amateurs.

"I played there three years in a row, and I also did some practice when I had a few off weeks.

"I think it would feel unreal if I got there and hadn’t played the course or anything.

"I suppose I have a little bit of an idea of what we are in for, which should help the nerves a little bit, but it will be pretty cool."

Campbell’s story is one of patience and determination.

His fledgling professional career was sidelined for the best part of 18 months after surgery for hip and back issues in 2019.

His talent has never been in question, and now he is focused on making up for lost time.

"It hasn’t been an easy road, that’s for sure," Campbell said.

"But I’ve been lucky. I’ve got a good team around me, and some amazing sponsors in Queenstown who have stuck by me.

"It’s nice to see some of the hard work paying off."

Campbell was a model of consistency in Melbourne, carding three consecutive rounds of 66 to follow his first-round 70 for a score of 20-under-par and a handy $45,000 cheque.

"It was just a good few days where I seemed to tick along OK.

"I’ve been hitting my irons pretty solidly for the last month or so. And the putter is getting there — I’ve been working really hard on my putting."

He will now have a couple of days in Sydney before heading to Thailand for a couple of tournaments.

Doing well on the Asian Tour, where he has full status, had been his major focus this year, he said.

"I’d love to win a tournament in Asia. That’s definitely a goal.

"It’s tough, trying to plan in a Covid world.

"But it’s great to have full status on the Asian Tour, and I think there will be plenty of playing opportunities because the tour is linking in with the new series in Saudi Arabia.

"It’s going to be an action-packed season and I just want to keep improving and keep striking the ball well."