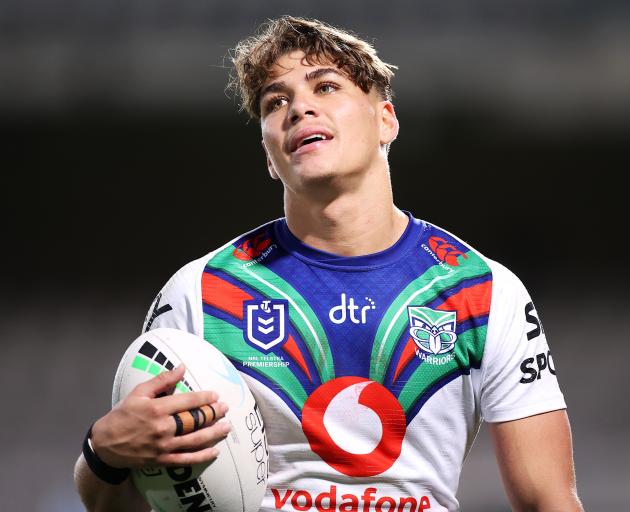 Walsh has been charged with one count of possessing a prohibited substance and will be in court in mid October.

"I was told by officers last night to move on. I didn't move on which led to me getting arrested and taken back to the police station," Walsh explained.

"Once I got back to the police station I was searched, and I was in possession of a small bag of cocaine which I had some of during the night.

"I just want to say sorry to the sponsors, the fans, the Warriors," said Walsh before he began to cry.

"It's been a tough period this morning to get through this for himself and his family," George said.

"It hurts the kid. He's learning. He's been exposed into a very big arena that carries a lot of responsibility and pressure. However none of that is an excuse for Reece, which he established this morning.

"We don't condone this behaviour so we'll continue to work through this situation with the NRL integrity unit and also our club in terms of sanctioning processes, but as it stands now he's been charged on one count of possession of a prohibited substance and will attend court in mid October.

"Until that process is over, we won't be going into any further detail."

Vision of his arrest overnight was captured by onlookers and made its way on to social media.

In a statement to the Courier Mail, a Queensland Police spokesperson said an individual had allegedly failed to comply with a "move on direction".

"About 12.15am this morning police from Surfers Paradise ordered a move on direction to a 19-year-old male," the spokesperson said.

"About 45 minutes later officers observed that male in the same area.

"As a result he was arrested and taken to Surfers Paradise Police Station."

A video on social media platform TikTok appears to show the 19-year-old speaking with police before being placed in handcuffs and led away.

George confirmed Reece was arrested following an incident on the Gold Coast, and met Walsh this morning and informed the NRL integrity unit.

Walsh is in line to win the Dally M rookie of the year on Monday night after a brilliant season with the Warriors after joining the club from Brisbane.

The 19-year-old was crowned RLPA rookie of the year last weekend.