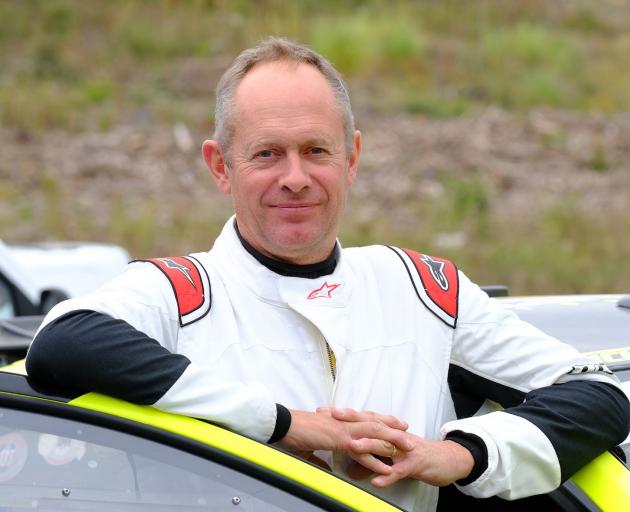 McCrostie will line up in the rally this weekend for the first time in a decade.

The 66-year-old will line up in an AP4 car, which he is leasing off Auckland driver Andrew Hawkeswood, who won the national championship in the car in 2017.

The vehicle is seriously quick and will be a big ask for McCrostie to keep it on track and be competitive.

He did have a run in Auckland in the car in a sprint race a couple of weeks ago and was satisfied with how it went.

McCrostie raced on sealed roads after not competing on gravel but a medical incident about five years ago forced him away from the steering wheel for a while.

He had a heart attack and had to readjust his life but said he was now back to where he should be.

He also had a irregular heart beat and had a procedure to fix that last year. His health was good now and it was back to driving rally cars to their limits and the AP4 car he will be piloting had some serious muscle.

"It feels good to be back. The opportunity was there and it was too good to not say no. You want to do it before you get too old," he said.

"It is a pretty tough competition. I haven’t done any real rallying for up to 10 years. But we did well up north and you get back used to it after all that time away."

His co-driver will be cousin Dean McCrostie and the duo are also planning to line up in the Whangarei Rally, another round of the New Zealand Rally Championship, which will be raced in a month.

McCrostie, who was formerly based in Kaitangata on the family farm but has since shifted to Bannockburn, used to race in the classic section of the Otago Rally with a 1999 Nissan Bluebird but he has converted it to a car which he can drive on the Highlands track in Cromwell.

He was very much looking forward to the rally and had great memories from his previous years.

He had no lofty goals about his finish but it was about getting the car going right and improving throughout the days.

"I’m really looking forward to it. We’ve got a good car and a good group of guys helping us.