Richards slips up the inside of No54C Kirk Aldridge of Christchurch during a heat race. PHOTOS: JOHN COSGROVE
Darrell Richards’ streetstock is going to need a new paint job and probably some panel beating.

But it is a small price to pay for the prestige of having the 1NZ number on the side of your door.

A South Island driver was always likely to come out on top.

The North Islanders were targeted for elimination during the second heat which left the Canterbury and Otago competitors competing for the spoils in the final.

Otago had the top three spots going into the final. 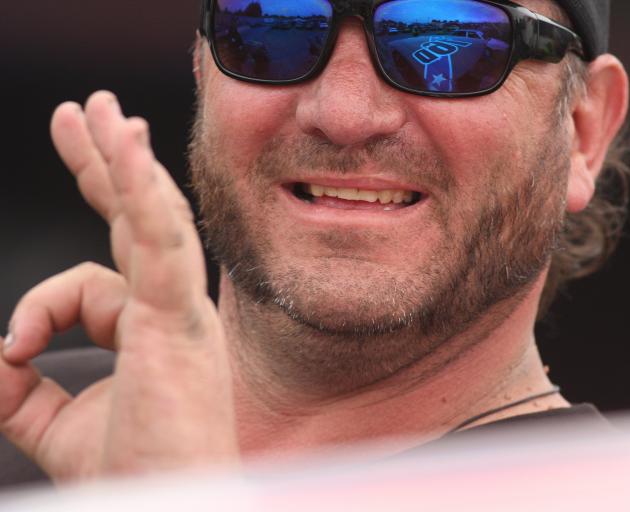 After three tight heats of racing, No79D Darrell Richards, of Balclutha, was crowned the 2021 New Zealand Streetstock champion driver at Beachlands Speedway on Saturday night.
But when South Island champion Benji Smaill was eliminated early, it came down to a duel between Richards and McKenzie, promoter Ricky Boulton said.

‘‘It was really good to have Otago take out the championship and we also won the eliminator,’’ Boutlon said.

The eliminator is a second-chance event for the drivers eliminated during the championship. That was won by Dunedin’s Matt Stewart.

The meeting was initially scheduled for two nights. But rain interrupted racing on the second night, so everyone had to come back on Saturday.

Boulton decided to make racing free on the third night and described the crowd as ‘‘really big’’ but did not provide an attendance number.

As for whether the event made money, Boulton said the banks had been closed so he was uncertain but expected to break even.

There were plenty of crashes but no major injuries.

The next event at Beachlands is the super saloon team event on January 23. 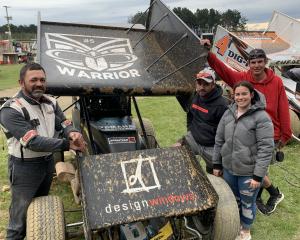