Netball: Steel’s championship hopes over, but only after a fight 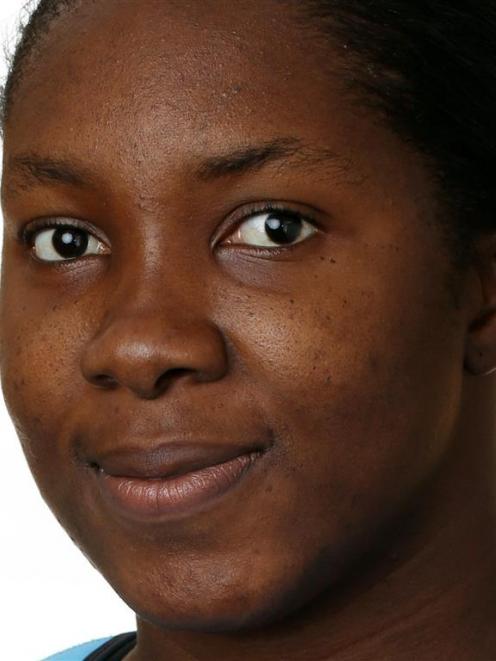 Jhaniele Fowler-Reid.
The Southern Steel's season is over but it was certainly not for a lack of trying.

The southern side put in one if its best performances of the season in Brisbane yesterday afternoon but it was not enough to topple the defending champion Firebirds, who prevailed 67-64 in a high-quality and entertaining match.

The Firebirds now advance to the ANZ Championship grand final for the second consecutive year, in which it will look to secure back-to-back titles, while the Steel will pack its bags and rue what might have been.

After relinquishing the New Zealand conference title to the Magic a week ago, the Steel went to Brisbane with what coach Noeline Taurua described as a "million to one chance'' of pulling off an upset.

In the end, it was the Firebirds who had to pull out all the stops in order to repel a Steel side which did not take a backward step and led by two goals with 15 minutes remaining.

The standard was close to perfect in the first half. Turnovers were at a premium and the two towering shooters - Jhaniele Fowler-Reid for the Steel and Romelda Aiken for the Firebirds - capitalised on almost every scoring opportunity.

Fowler-Reid was flawless, shooting 25 from 25, while Aiken had her moments but made 24 from 28 and collected rebounds off most of her misses.

Adding to the Firebirds' problems, Steel goal attack Te Paea Selby-Rickit sprang to life in the second quarter, making seven shots in a row as the Steel edged in front.

The visiting side went into the second quarter down 19-16, despite earning an early 7-4 lead, but recovered through tenacious defence and improved composure to secure a 35-32 halftime lead.

There were no signs of the nerves which plagued the side against the Magic in Invercargill last week, with both sides producing the sort of netball worthy of a semifinal clash.

By the time the score was 32-20, the Steel had shot a remarkable 30 consecutive goals and survived numerous Firebirds attacks.

Things got a little messier in the third quarter, as the game's frantic pace and mounting pressure began to take its toll, but the Steel still clung to a 49-47 lead with one quarter to play.

Unfortunately for the visiting side, it could not quite sustain the intensity for the full 60 minutes as the Firebirds' big guns stepped up and a few tired-looking passes gifted away possession.

What was a 53-53 deadlock quickly turned into a 62-55 deficit and, in a matter of minutes, the Firebirds had finally broken clear.

The Steel was far from done, though.

It rallied to produce a stunning 9-4 run in the final minutes as the gap was narrowed to two, but it was too little, too late.

Fowler-Reid finished with another incredible tally, calmly slotting 51 from 52 in a near-perfect display under pressure as she took her season tally to a massive 779 goals.

Aiken, the competition's second-leading goal-scorer, got the wobbles in the second half and finished with 57 from 68.

This was ultimately a bridge too far for the Steel but its performance would have left its supporters proud.

It went to Brisbane with a "nothing to lose'' attitude and played with as much accuracy and skill as it has all season, in what was nothing short of a courageous display.

The Steel showed the Firebirds are beatable and did itself proud in the toughest of circumstances, but that appeared little consolation for some upset players as its season came to a close.

Unbeaten after the regular season, the Steel signed off from the nine year-long ANZ Championship without having made a final, and without a single finals victory.

The Firebirds will play the winner of the other semifinal between the Magic and Swifts in the grand final in Brisbane next weekend.