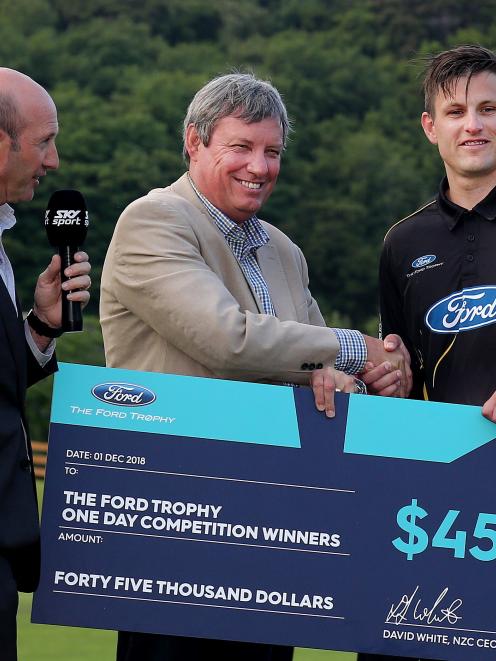 Martin Snedden
About $150million worth of funding for sport is at risk.

Leading New Zealand sports administrator Martin Snedden, who led the hosting of the Rugby World Cup in this country in 2011, said clubs, with their reliance on gaming trusts, were about to come under severe pressure.

Snedden was speaking to media at a women in sport Aotearoa forum yesterday.

Under law, gaming trusts can not hold any reserves so will have no income to fall back on after dispensing of their monthly grants.

With gaming machine venues closed during the lockdown and unlikely to reopen any time soon, the funding is set to drop in the short term. Even in the long term it may struggle to get back to levels of the past few years.

The funding was used in all sports and by all clubs and unions and Snedden said it was a big worry.

He said in a normal year there were 30-35 gaming trusts and they made grants of $150million to New Zealand sporting organisations.

"That sort of money underpins what happens with community sport within New Zealand. A lot of that is going to drop off over the next 12 months," Snedden asked.

"How much of it is going to come back? The best guess would be about 50% of that amount."

He said that would force major changes for sports as they struggled to employ people who helped with infrastructure such as development and coaching.

He said the Government was looking to do a bit of work around making up the shortfall but it was unlikely to be anywhere near the amount previously given by the trusts.

Possibly one way round it was to have staff who could work on two or even three sports at once and share the load.

He said some sports had wanted to take that approach before the Covid-19 pandemic arrived. It was a huge issue, he said.

Other options to get funding were limited. Sponsorship would be one avenue to explore but sponsors could no longer hand out money easily and sports needed to give more value to a sponsor.

Snedden said the use of
volunteers would become much more important and organisations needed to recognise that.

The resilience of sports administrators since the pandemic had struck had to be admired, he said. They had accepted the reality of what had happened and were now moving into recovery mode and what that would look like.

At the moment, one day felt like 72 hours, Snedden said, as things changed so quickly.

He said the Government’s first priority was safety.

The first priority for sport when it started again would be to get people playing at all levels. Sports may then have to provide education and coaching to make the playing of the game possible.

With New Zealand being ahead of many other countries in the response to Covid-19, Snedden said it could create opportunities to attract events and fans that would not otherwise head to New Zealand waters.

Though he was not directly part of the organising team, Snedden, who is involved with New Zealand Cricket, said planning for next year’s Women’s World Cricket Cup was going ahead as normal and nothing had changed.