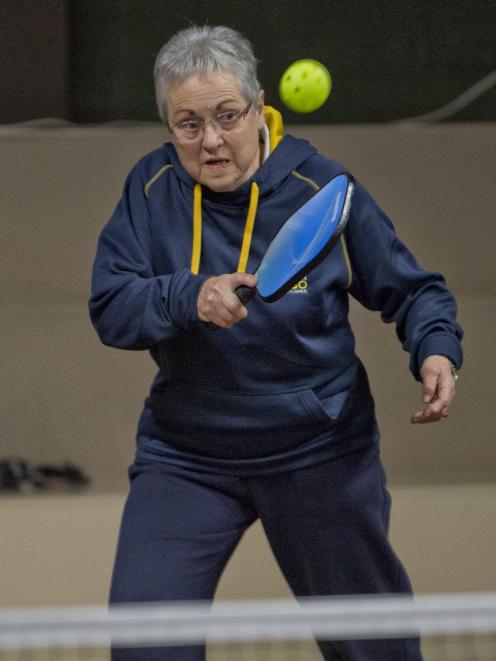 Shirley Woodrow plays pickleball at the Otago Badminton Centre. PHOTOS: GERARD O’BRIEN
There is no gherkin around with this sport.

Pickleball is the latest game to arrive in Dunedin, and an organiser thinks it will appeal to former racket sport participants who are keen on something that does not place as much stress on the joints.

The sport is a hybrid of tennis, table tennis and badminton.

It is played on a badminton court with a net lower than a tennis net, and with a ball — the wiffle ball — that is roughly the size of a tennis ball but made of hollow plastic.

‘‘We’d actually got a few calls from people who were new to town or visiting and asking if we had facilities to pay pickleball.’’

She had played it once or twice herself, and decided to push for it to become a regular part of the Dunedin sporting scene.

‘‘When I first came across it, talking to somebody who had played it a lot, he said he had played tennis but said he couldn’t any more because it put too much stress on his shoulder, and pickleball didn’t do that.

‘‘It’s definitely less strenuous than tennis, and badminton to a certain extent, but there’s still a portion of the court to cover.

‘‘It’s a lot of fun, particularly for people who used to play sports with rackets. I played badminton for 60 years, and still enjoy it, but I really love pickleball.’’

The sport has actually been around a while.

As the story goes, it started in the United States in the 1960s when a couple of bored families in Washington invented a new game to pass the time.

The name of the sport is a relatively obscure reference to rowers who would race for fun in ‘‘pickle boat’’ competitions.

Pickleball has been in Dunedin less than a year but there are about 30 clubs around New Zealand, including in Gore, Central Otago and Ashburton.

The Dunedin club runs pickleball sessions on Tuesday nights, and is looking into establishing a business house competition. 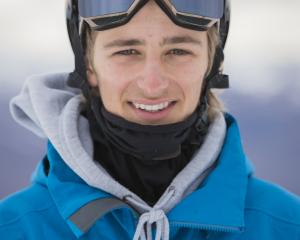