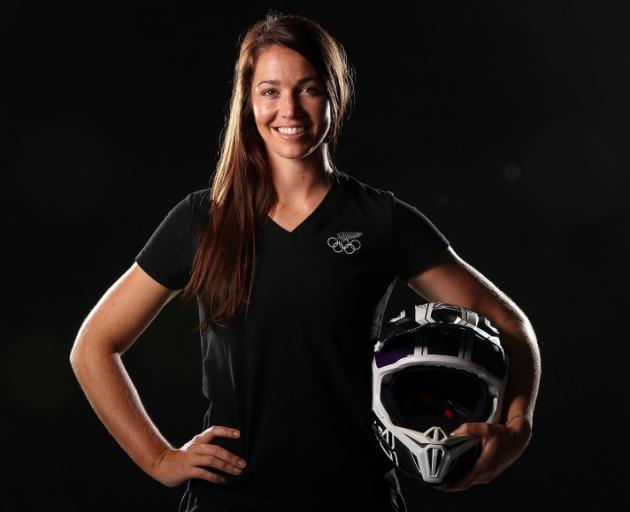 Sarah Walker. Photo: Getty Images
Sarah Walker is used to overcoming obstacles – it's her job, after all – but there's one significant impediment she has to jump over as she chases her Olympic dream.

Walker has been forced to miss the next BMX World Cup meet in France due to a lack of funding, potentially denying her of valuable qualifying points as she chases a second Olympic medal.

A silver medalist in 2012, Walker has had her share of Olympic heartbreak, finishing fourth in 2008 and missing out due to injury in 2016, and the 30-year-old is determined to compete at Tokyo in 2020.

However, she has to take a slightly different track to get there, prioritising next month's World Championships in Belgium over the upcoming World Cup meet in Paris, due to being unable to afford to stay in Europe for the entirety of the BMX schedule.

"I couldn't afford to go over again for the [Paris World Cup meet], but it's been good because I've got these four World Cup events under my belt, and now I know what to work on in a really good training block before heading back over for the World Champs," Walker told Radio Sport.

"I guess the calendar for the BMX season wasn't super friendly for the southern hemisphere, but I've got a plan that I'm really happy with.

"Even though it was less than ideal, it's probably still working out really well."

Walker can still receive some help from her New Zealand teammates at the double round in Paris next fortnight. BMX Olympic qualification sees the top two nations earn three spots at Tokyo, the nations ranked 3-5 earn two spots, while the countries finishing sixth-11th take one spot apiece.

New Zealand currently sit sixth overall, but could drop without Walker – who sits ninth in the individual standings - accumulating points in Paris. Rebecca Petch – 15th in the individual standings – could close the gap on Walker, but a good showing from her fellow Kiwi riders would also likely benefit Walker, as it could lead to New Zealand earning two berths in Tokyo.

For now though, Walker is training six days a week at home as she tries to build up for the World Championships, which she theorises could be an event which solves her funding woes.

"The World Champs is really important for the Olympic buildup, in terms of Olympic points but also funding for the next year. It's about picking what [events] will allow be to perform my best at the races that really matter.

"The funding model in New Zealand is based on the pinnacle event each year, so the better you do at that event, which this year is the World Championships, the more support you get.

"So being able to show up at the World Champs and being able to perform at my absolute best is probably going to give me my best chance of getting that support through to the Tokyo Olympics – without having to worry so much about how I'm going to get to races, and what type of compromises I'm going to have to make. The fewer compromises the better."

And, as for any concerns about whether Walker can turn up to the World Championships at her peak level without having raced in six weeks?

"I've got years and years of experience of turning up to a race without a lot of racing, whether it's through choice or not. I know that if I haven't raced in a little while, it's not necessarily impacting how I can perform when I do turn up to race. I'm confident I can do that again this year."

Of course she didn't get funding, because BMX doesn't involve rugby balls!