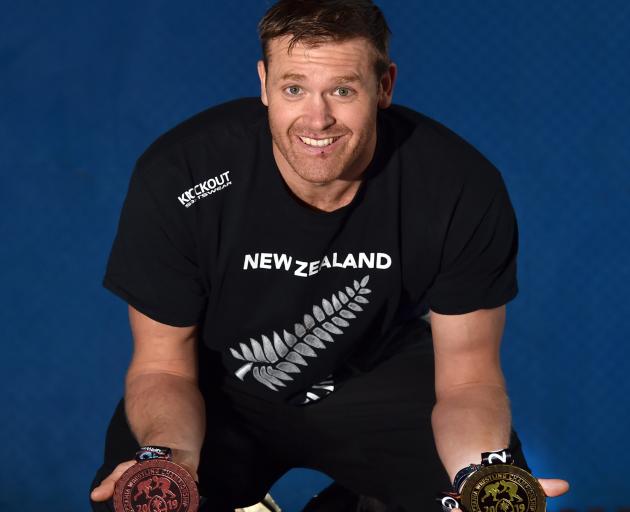 Joe Dobson. Photo: ODT files
Joe Dobson did everything he could to prevent getting too "antsy" over the weekend.

Had circumstances been different, the Dunedin wrestler would have been in Tunisia attempting to qualify for the rescheduled Tokyo Olympics.

Instead he was at home with his family, trying to distance himself from the event.

Dobson was part of the 10-strong New Zealand team that decided not to attend the event.

Originally set to be held in Morocco, it was decided the venue did not meet Covid-19 standards.

It was shifted to Tunisia at late notice.

The New Zealand team met over a conference call after the change of venue and decided not to go due to both the financial burden and health risk.

"‘It’s not a fun decision to make," Dobson said.

"It’s all going towards it and to make a decision is very difficult.

"It did make it easier we were
able to make it as a New Zealand team."

The team will now shift its attention to Commonwealth Games qualification, scheduled later this year in South Africa.

For Dobson, that will mean a big change, as his preferred Greco-Roman style is not in the Commonwealth Games.

He said his focus would turn to freestyle wrestling, which also involved the legs.

That would require him to become more dynamic and faster.

A former premier rugby player, Dobson had come late to wrestling and had picked it up with plenty of success.

That gave him confidence he would be able to make the transition between styles as well.

He also had plenty of watching to catch up on.

While the event was going on in Tunisia, he had avoided any wrestling media.

However, he hoped to go back and watch the action this weekend.

"It’s like when you stop playing rugby, you can’t hang around the club any more.

"You get excited and I’ve been trying to stay away from the media of wrestling.

"I’m trying to let the whole weekend go. I’m wanting to watch all the fights next weekend.

"You look at it like at this stage I would’ve been doing this, or I would’ve had a decent shot
there.

"So it would have been nice to spend the Easter focused with family, but I’m very looking forward to watching it in the next couple of days."