Homersham keen to lift his game 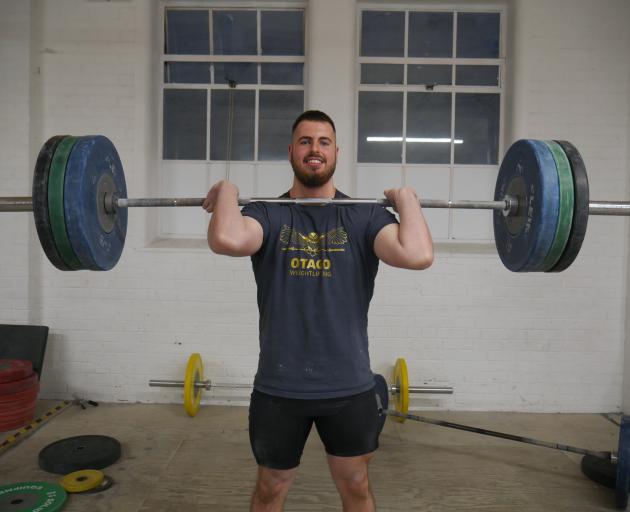 Weightlifter Josh Homersham has been named in the New Zealand team to compete at the 2018 Oceania Senior, Junior and Youth Cham­pionships in New Caledonia next month. PHOTO: JESSICA WILSON

A Dunedin weightlifter will be teaming up with some of the country’s best lifters in New Caledonia next month.

Josh Homersham (19) has been selected in the New Zealand team to compete in the 2018 Oceania Senior, Junior and Youth Championships for weightlifting.

Homersham qualified for the team, which compromises of 32 athletes and seven support staff, after successfully lifting the weight criteria for his weight class at a recent competition.

He is the only lifter named in the junior men’s team.

‘‘I knew about this comp two years ago, so at that point I said to myself ‘That’s my goal to make that team’ and from then on we were training with that goal in mind,’’ he said.

‘‘So it actually starts more than six months out at least.’’

This will not be a new experience for the weightlifter. He was in the 2015 team which competed in the championships in Papua New Guinea.

In preparation for the upcoming competition he had to ‘‘knuckle down’’ on his diet to lose a bit of weight to make his 85kg class and increase the intensity and number of his trainings.

Recovery and getting enough sleep was also important, he said.

His goal at the championships was to achieve personal bests. His current PBs are 115kg for the snatch and 143kg for the clean and jerk.

He will have three attempts for each lift.

Homersham said it was ‘‘exciting’’ to be in the same team as some of the country’s best lifters, including Commonwealth Games gold medallist and record holder David Liti.