If a job needs doing, the day doesn't matter 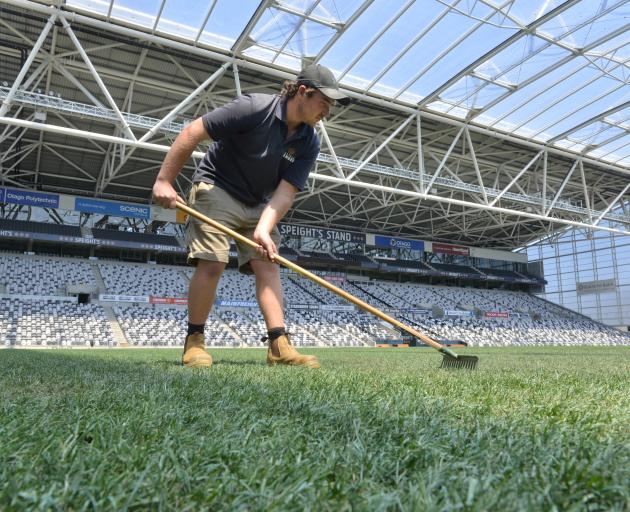 The stadium's turf manager was at work yesterday raking the ground to ''fluff up'' the combination of artificial and natural grass for re-seeding after the Shania Twain concert at the weekend.

Watson said his attitude to his work was when a job needed to be done it needed to be done, whether it was a weekend, public holiday or even Christmas. Most of the raking was done by tractor, with just the edges of the ground requiring a hand-held tool.

The Desso GrassMaster system was installed in the ground in 2011, and the company said at the time the product would last about 20 years.

Watson said eight years in it was still going strong.

He said he would celebrate Christmas with his parents, after his work was done.