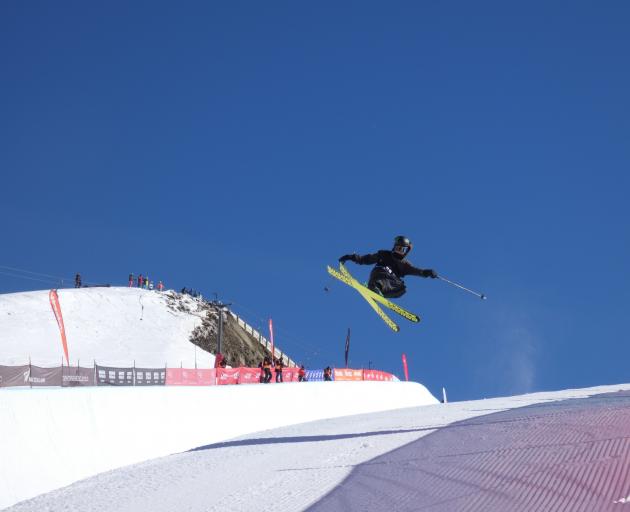 American Birk Irving and Zhang Kexin, of China, had the final say on the halfpipe, both securing gold in the freeski World Cup halfpipe finals.

Irving set the bar immediately with a score of 95.00 on his opening run.

However, it would be his final drop which would be the clincher as the 20-year-old carved out a score of 95.60 by virtue of two double flips, huge amplitude and good execution.

"I'm just really excited to land that run. Those are tricks I've wanted to do for such a long time," a delighted Irving said.

"It's insane to put that run down today. I'm beyond words. The pipe was perfect, everything just lined up and ended up working in my favour. I couldn't be happier."

Canadian Noah Bowman was also in sublime form, laying down perfect back-to-back switch doubles and scoring 93.40 on his third and final run to finish second.

Two time reigning world champion Aaron Blunck, of the United States, registered 92.80 on his final run as he took home the bronze medal.

It was a rough morning for Kiwi Miguel Porteous, who suffered a heavy crash on his first run and was unable to drop in for his second and third runs as a result.

Kexin would respond with back-to-back switch 900s for a run two score of 91.00 as the lead changed hands.

Russian Valeriya Demidova landed three solid runs for a top score of 87.80 on her final drop as she finished in third place.