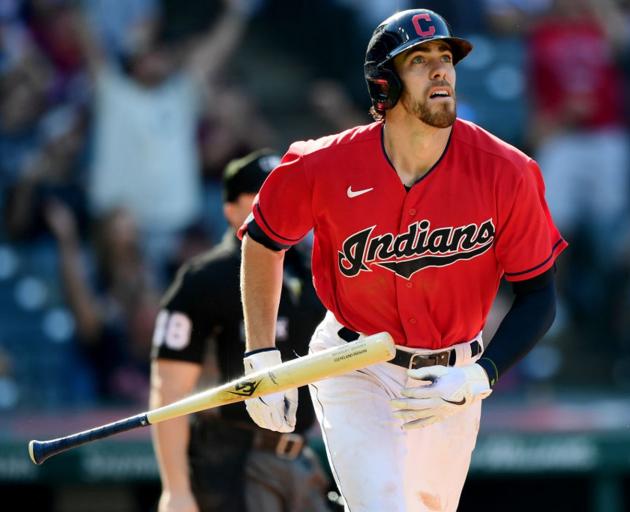 How often do you hear that phrase uttered after the latest extraordinary/miraculous/dramatic moment in sport?

But of course you CAN go ahead and write a script based on wonderful sporting achievements, and sometimes the movie or TV show can actually be very good. (Sometimes it can also be an absolute stinker, obviously.)

Raging Bull, the tale of boxer Jake LaMotta, is probably the greatest sports movie based on a true story, but Chariots of Fire would run a very close second.

These are fictionalised versions of true stories. As for documentaries, sheesh. Way too many to mention but Hoop Dreams will always be No1.

The topic is timely for me as American Underdog: The Kurt Warner Story is about to be released.

You might not have heard of Warner but he is one of my heroes, and the reason I became an NFL and Rams fan.

His gridiron career appeared finished — he was literally stacking shelves at a supermarket — when he stumbled into a chance at quarterback for the Rams and didn’t look back. 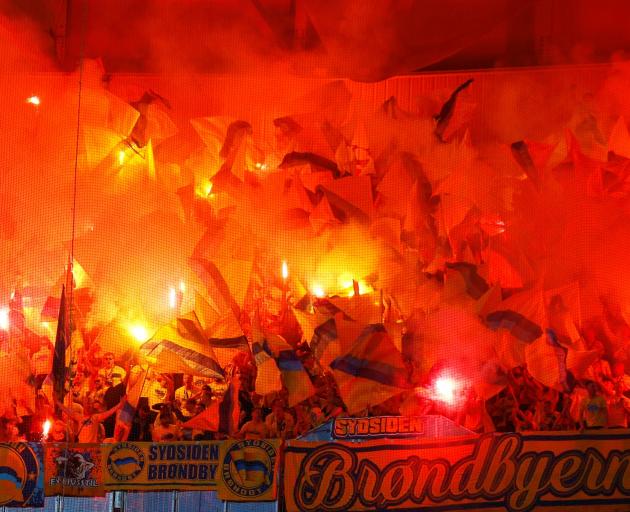 Brondby fans let off flares before their team’s Europa League clash against Lyon in Lyon yesterday. PHOTO: REUTERS
Warner played in the NFL for 12 seasons, becoming the first undrafted player to be a Super Bowl and NFL MVP.

What about New Zealand sports movies?

Most have been made-for-television fare. Tangiwai, the story of the train disaster and the links to the New Zealand cricket test in South Africa, was good, but Jonah and The Kick merely decent.

By far the best New Zealand sports movie is Patu!, the remarkable documentary on the 1981 Springbok tour.

My thoughts wander, as they often do, to other New Zealand sports stories that could do with the Hollywood treatment.

Boxing champion Bob Fitzsimmons, tennis immortal Anthony Wilding and the pioneering 1905 All Blacks spring to mind, along with the 1982 All Whites and Dunedin’s own Yvette Williams.

The rise and fall of Jimmy Peau/Thunder. The dramatic defection of sprinter Gus Nketia at the 1990 Commonwealth Games in Auckland. The not-technically-a-defection-but-still-dramatic switch that led to Irene van Dyk becoming New Zealand’s greatest netballer.

Above all, it is time we had a movie to match the greatest story in New Zealand sport.

Jack Lovelock, my New Zealand idol, is the most interesting, brilliant, unusual, compelling, intriguing, mysterious and wonderful figure in our sporting history.

The movie about the Olympic 1500m champion, doctor, genius and pioneer can be called C’mon Jack, and introduce a whole new generation to a yarn like no other.

All you can do at this point is applaud the New Zealand Warriors for an absolute PR masterclass around the indiscretions of their boom rookie.

Reece Walsh, busted for being in possession of cocaine while arrested in Surfers Paradise, could have been hung out to dry and the Warriors eviscerated.

Instead, the Warriors stood by the kid, fronted the media and swung his rehabilitation into action immediately.

Former coach Tony Kemp described it as a ‘‘public whipping’’, but it looks to me like the Warriors recognised the best thing to do was get on the front foot.

The narrative very quickly shifted to ‘‘he’s a great kid who made a mistake’’. It is up to Walsh to grow up and, er, keep his nose clean.

It has been sad to see a bunch of NBA players — and a couple of basketball players closer to home — at the forefront of the anti-vax movement.

I loved the comments this week from basketball great Kareem Abdul-Jabaar:

‘‘The NBA should insist that all players and staff are vaccinated or remove them from the team,’’ the Hall of Famer told Rolling Stone.

‘‘There is no room for players who are willing to risk the health and lives of their team-mates, the staff and the fans simply because they are unable to grasp the seriousness of the situation or do the necessary research.’’

But I do know that this is absolutely nuts.

The Demons then scored 100 points to seven — seven! — to win their first title in 57 years.

Where has he gone?

This story has no doubt been told before but The Last Word heard it only this week.

You all know the great Simon and Garfunkel song Mrs Robinson and the line ‘‘Where have you gone, Joe DiMaggio?’’, referencing the New York Yankees baseball great and lament for the days of real American heroes.

Paul Simon ran into ‘‘Joltin’ Joe’’ at a restaurant some years after the song’s release.

‘‘I’d heard a rumour that he was upset with the song and had considered a lawsuit, so it was with some trepidation that I walked over and introduced myself as its composer,’’ Simon told the New York Times.

‘‘I needn’t have worried. He was perfectly cordial and invited me to sit down, whereupon we immediately fell into conversation about the only subject we had in common.’’

DiMaggio had a dry humour, and told Simon: ‘‘What I don’t understand is why you ask where I’ve gone. I just did a Mr Coffee commercial, I’m a spokesman for the Bowery Savings Bank and I haven’t gone anywhere.’’

Talk about every little brother’s dream.

Major League Baseball has a stat for everything, and reported it was the fourth time a brother had homered off a brother.