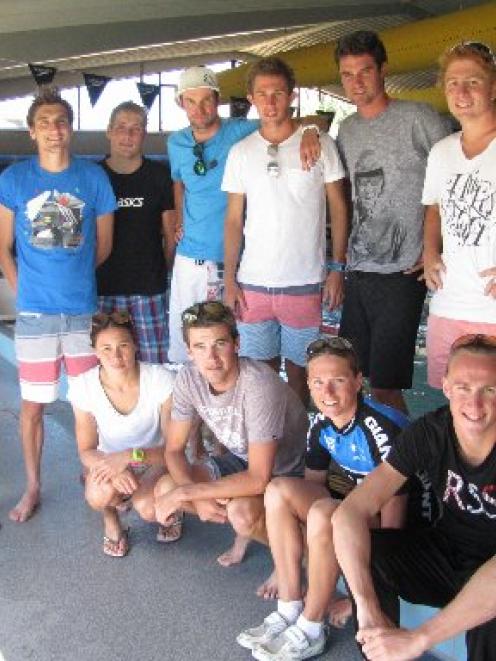 Olympic Games hopefuls from around the world are training at high altitude at the Snow Farm, before their next Olympic qualifying bid in Sydney in April.

The athletes are doing long, slow distances and don't really feel like sprinting.

But that is what they will have to do if they want Dodds, the 2010 and 2011 national sprint champion, to remain the bridesmaid in the race.

Despite being the home-town favourite, Dodds (24) has finished second in each of the three Wanaka Contact Cup races held from 2009.

Nevertheless, he has upped the ante by raising at least $7500 for the first prize and hopes to have another $2500 in the coffers by race day.

If Dodds wins, he will give the prize to benefit those with cystic fibrosis. Otherwise, the winner takes all.

Naturally, Dodds backs himself but is aware his friends are audacious enough to gun him down in front of a parochial home crowd.

"I've got as many people [entered] as I would like," Dodds said this week.

"All these guys are racing ... I am not sure if they will work against me, but that is OK.

"At least it will be a good chance for the younger guys to topple some of the older, more experienced guys."

But world No 5 Laurent Vidal (27), of France, last year's Contact Cup winner, was in a bullish frame of mind and implied he might win again without even trying.

"I didn't race it. I won it," Vidal said of last year's race, provoking sarcastic "oohs" from his training partners.

Another previous winner, Ryan Sissons (23), of Auckland, has also put up his hand for the cash.

"If you guys let me win, I'll buy a jet ski," he promised, to another round of laughter.

The Contact Cup race is the first in a series of four, finishing in Wellington in March.

The athletes like the Wanaka course because of the crowd atmosphere and location.

A course change in 2011 to accommodate business trading concerns has meant the cycle leg is not as exciting as it used to be.

"I don't understand what the businesses are meaning when they close at 5pm and we are not racing until 8pm," Gemmell said.

"They are absolutely shocking. I found out after Christmas how much it affects us. There were line-ups right up to the roundabout," Dodds said.

The lake swim course presents no issues - the temperature this year is warm, and duck itch is not troubling them - and they enjoy running past the bars and cafes.

Although they are primarily entering to promote their sport and support charity, the athletes said they definitely wanted to race.

"It is in a cool place and Doddsy has made it into more than it would be," Gemmell said.

"I like the way Doddsy has [promoted] it. The money goes to charity if he wins it. If another wins it, that option is up to them.

"The whole race is put on for a reason. It is not just something for us to do.

"It is good, because the community becomes involved."