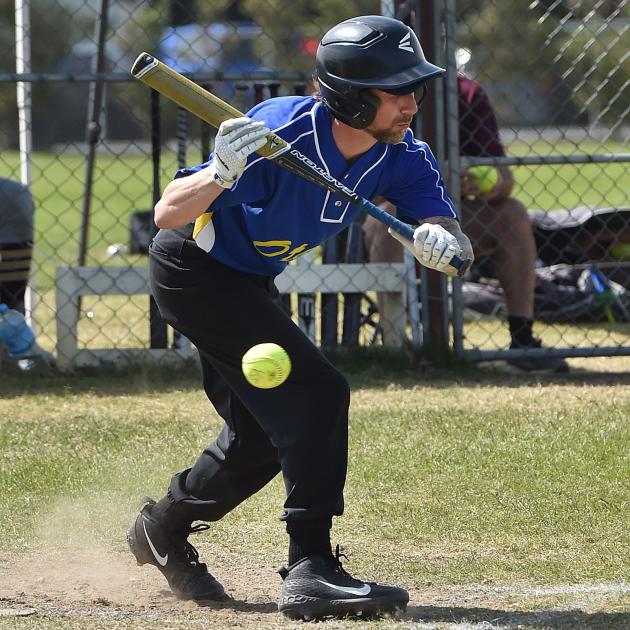 Otago batter Ben Foster watches the ball go past during the team’s Bates Shield match against Southland at Hancock Park yesterday.
Otago has broken a lengthy drought, and it could not have done it in a more emphatic way.

Nine runs across the first two innings propelled it to a 10-3 mercy rule win over Southland at Hancock Park yesterday.

In doing so, it secured the Henderson Shield for the first time since 1997.

The shield is played for annually in a one-off game between the two province’s women’s softball teams.

"It’s that one we’ve played for every year and it’s eluded us. The ladies last year came very close to winning it, going down by one run in the shield game.

"They were very eager for it this year. We’ve got some new talent in the team, but we’ve also got some senior players that have played for it before."

Otago had trailed in the morning’s warm-up game, before its bats came to life to emerge 12-6 victors. 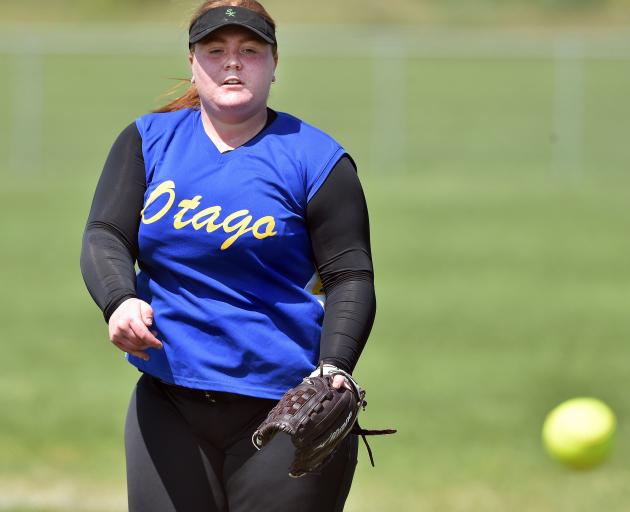 Otago pitcher Kaitlyn Hastie lets one fly in her team’s Henderson Shield match against Southland yesterday. PHOTOS: GREGOR RICHARDSON
Ahlfeld said carrying that momentum into the main game had been a key focus.

Otago did just that.

A triple from Zillah Conder brought in Otago’s opening two runs in the first inning.

She was promptly brought home by Teah Price, who also crossed home plate not long after to make it 4-0.

Otago added another five in the second, Conder again bringing a runner in, before being brought in by Price.

It was similarly effective in the field, limiting the damage when Southland got runners on base.

Kaitlyn Hastie impressed in the pitching circle, while Marissa Ahlfeld replaced her to finish the game off well.

Both hit well too, which Ahlfeld said had been key.

While Southland pegged three runs back, Kate Brewerton scored Otago’s 10th in the fifth inning to take the margin to seven and claim a mercy win.

Southland got one back in the men’s Bates Shield match, securing a dominant 9-1 win.

Last year Otago had won the shield for the first time since 2009, but its reign proved to be short-lived.

Caleb Leddie brought in Zach Oxley to pull one back for Otago in the fifth inning.

But Southland piled a further four runs to pull away.