By Jessica Wilson
0 Comments
Taieri wrestlers are gearing up to compete in the "big dance''.

Twelve members of the Taieri Taniwhas Amateur Wrestling Club, in Mosgiel, will compete in the national championships in Hamilton on Saturday and Sunday.

Coach Justin Winter said the wrestlers had been preparing for the competition throughout the year, and last month added an extra training session each week.

"After our New Zealand club champs, which were held here, we kicked training up to three nights a week.''

Most were involved in other sports, such as rugby and cricket, which helped keep them fit. 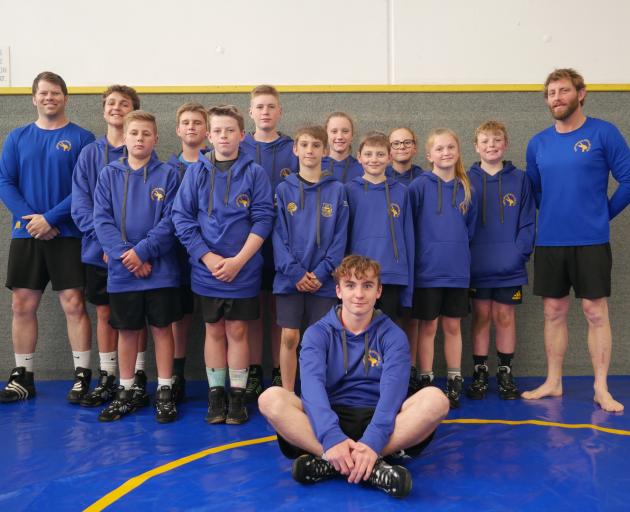 Taieri Taniwhas Amateur Wrestling Club members competing in the national championships in Hamilton this weekend. PHOTO: JESSICA WILSON
To qualify for nationals, the wrestlers had to be within a certain age bracket, and could not be in their first year.

Because Taieri was a small club, whoever was eligible to compete would go, he said.

He was confident they could do well.

"Each wrestler will have their individual goals. For a couple of them this will be their first nationals, so it could be a little bit daunting.''

This was their "big dance'' for the year and they had a strong team.

"They have been training hard, they deserve it.''

The club hosted the national championships last year, and members took part in the Southland Championships and training camp in Gore in July.