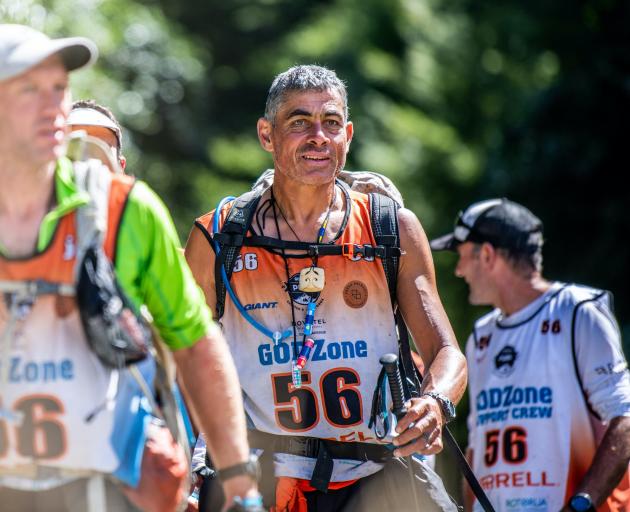 Team Avaya’s Stu Lynch (left), Nathan Fa’avae and Chris Forne at Godzone in Rotorua last year. PHOTO: SUPPLIED
World champion Team Avaya is preparing to defend its title at the 10th Godzone adventure race, which this year is a west-to-east traverse of the South Island.

Ninety teams have entered either the 750km Pure race, starting at Jackson’s Bay, Haast, or the shorter Pursuit, beginning in Milford Sound.

The secret route will be revealed today.

The defending champion team has had multiple wins at Godzone, including last year’s race in Rotorua.

Fa’avae said the team was looking forward to a grand adventure and hoped to win.

"We have only raced together seven or eight times since 2014," he said.

"Last year Chris was sick during Godzone and had to dig deep most of the race, which meant we all had to, so our goal this year is to remedy that."

Maier, also a previous Godzone champion, said she was "itching" for more exercise after winning last month’s Coast to Coast for the third time.

"It’s a nice strong field for Godzone, and we are looking forward to racing well and maybe getting close enough to Avaya to put some pressure on them," Maier said.

Queenstown’s Tiki Tour team featuring the Lucas brothers, Tom and George, Mike Kelly and Kym Skerman of Bulls, will also be hunting for the podium.

"I think we have enough experience to go reasonably well up until the two or three-day mark, and after that, it relies on making good decisions, racing our own race and not getting caught up in what other teams are doing," Mitchell said.

Race director Warren Bates said the race would be long and arduous.

It was Team Avaya’s race to lose and he was "excited" to see how Fear Youth would fare.