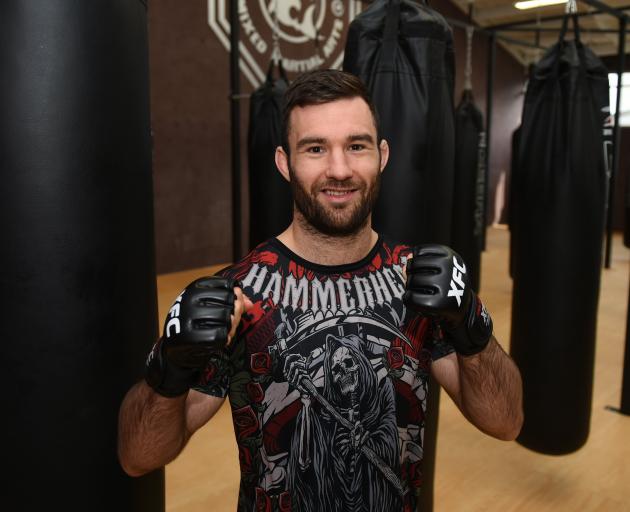 Brogan Anderson
Some leather is about to be thrown.

Fighters will put their chins on the line and a new champion will be crowned when the Xtreme Fighting Championship (XFC) tees off at the Edgar Centre in Dunedin tonight.

Anderson (11 wins, three losses) goes into the fight as the favourite given the late replacement Fraser (7-8) has not competed since 2017.

Anderson is coming off a round-one submission win at light heavyweight in December in Mosgiel and has won seven of his past eight bouts.

Anderson said despite Fraser's lack of recent activity he would not be taking him lightly.

"I think I match up well with this guy. Damian is very well rounded and I think he is going to make me work hard for it," Anderson said.

XFC New Zealand director and Hammerhead Dunedin coach Matt Toa was confident Fraser would be a genuine test as Anderson had had only one fight in about the past 15 months.

Toa admitted Fraser did not have the formidable Brazilian Jiu Jitsu (BJJ) black belt ground game Almeida had but with a BJJ purple belt, complemented by a wealth of professional experience competing in Australia and some solid striking attributes, he would front up.

Toa said over the past year and a-half Anderson had had about four opponents pull out on short notice and he admitted it was frustrating.

The bout was originally penciled in at bantamweight, but Ramsey had some issues with his weight and Toa did not want him to take any health risks.

Stevens (8-4) comes into the fight having not competed since August 2017 due to some health issues while Ramsey (3-4) has been active.

Toa said Ramsey was a skilled striker and grappler who had represented New Zealand at the amateur world championships in Bahrain last year where Toa was the coach. Stevens was fully fit and had developed his striking game to aid his strong ground base.

Two light-heavyweight bangers in Motu Huch (Hammerhead Dunedin) and Hammerhead Queenstown-Central's James Thompson will square off in what could be one of the fights of the night.

Huch (3-1) has been out of action since dislocating his thumb and courageously fighting on before losing a decision last September, while Thompson is coming off a superb unanimous decision win in Mosgiel in December. He displayed some fine lead uppercuts, straight punching and punishing body shots in the win.

At the Mosgiel show it won four from four and two of those fighters are fronting up again.

Welterweights Jason Kainui (2-0) will face Hammerhead Dunedin's Aaron Taylor (2-1), while Hone Milne (2-1) will be looking to build on his impressive 38 second round one arm bar win in Mosgiel when he faces Hammerhead Central's Tim Mckewan (1-0).

The title fight is scheduled for five five-minute rounds while the amateurs are three-three and the kickboxing fights are scheduled for three rounds of two minutes.

Doors open at 6.30pm with the first fight starting at 7.30pm. There are no door sales. Tickets are available via TicketDirect. 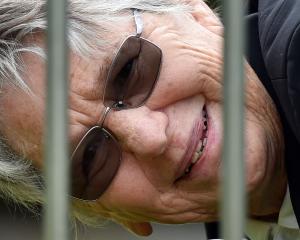