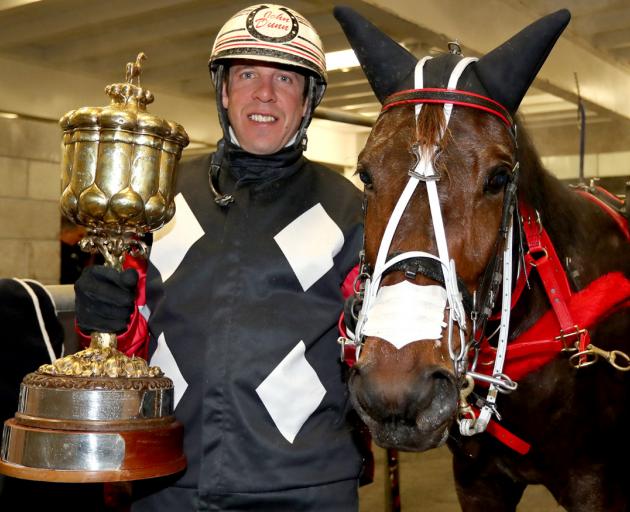 The Mark Purdon and Natalie Rasmussen-trained 5yr-old put a frustrating past season behind him when scoring a front running victory in the group 3 feature.

After being dogged by a muscle injury and a run of frustrating luck on the track last term, Chase Auckland could not have started his new season in more contrasting fashion.

Williams set a sedate tempo that effectively won Chase Auckland the race with a lap to run.

The 5yr-old's effort was good enough for him maintain New Zealand Cup favouritism, at $4.20.

Classie Brigade took no part in the race after galloping badly at the start.

The road to the Dominion heated up when Sundees Son and Oscar Bonavena trotted to sizzling wins at Addington last night.

Sundees Son scorched away from his rivals when winning the group 3 Ordeal Trotting Cup by almost five lengths.

The win was the Robert Dunn trained 5yr-old's fifth consecutive victory, and confirmed his Dominion favouritism.

Once Dunn asked his charge for a three-wide bid at the 700m, the trotter charged around the field to score comprehensively.

Destiny Jones ran home well out of the pack to grab second ahead of Habibi Inta, who held third.

The Mark Purdon and Natalie Rasmussen-trained 4yr-old ran his last 800m in 56.4sec and final 400m in 27.5sec to win in intermediate trotting company.

The Purdon-Rasmussen stable forwent a tilt at the rich Australasian Breeders Crown with the former Otago trotter, and that looks to have paid off with the way the horse returned from a short winter spell last night. 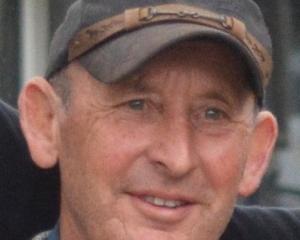