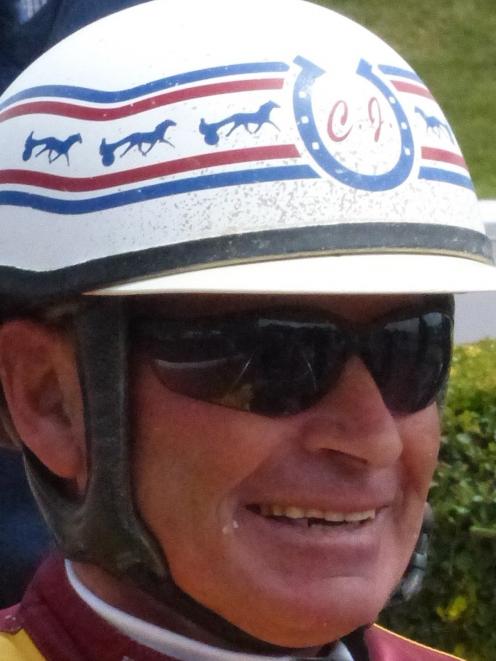 The Broadfield husband and wife prepared two winners in Midnight Assassin and Blue Chip Delight, who scored with Colin in the sulky.

The deFilippis also notched a third win and helped Ashburton trainer Ben Waldron round out a winning double with Fletch.

Colin and Julie own Fletch, who scored an upset win in race 10 at $25 win odds with Matthew Williamson in the sulky.

The deFilippis sent Fletch to Waldron’s stable so he could make use of the trainer’s water walker.

The Bettor’s Delight 8yr-old had 20 months away from racing before resuming for Waldron in January.

The deFilippis were not the only trainers to enjoy success with a horse prepared by another stable. Colin races Midnight Assassin with Burnham trainer Bruce Negus.

Negus bred the trotter, who scored her second career win in rating 40-49 company over 2000m in race 6.

DeFilippi found the one-one with Midnight Assassin after making a mid-race move at the 1100m.

The 4yr-old was held up before the home turn until the parked horse, Look Both Ways, galloped and veered to the outside presenting a perfect run through.

Blue Chip Delight was also held up on the home turn, before deFilippi found clear air for him to unwind to win race 3.

The 8yr-old handled backing up from winning on the first day of the two-day Waikouaiti meeting on Sunday well when scoring by a nose over Rocknpop for trainers Kirstin Barclay and Paul Ellis and driver Blair Orange.

The victory gave Orange a winning double after he drove Von Richthofen to win race 7 for Wyndham trainer Ricky Gutsell.

The 7yr-old scored at the highly unusual odds of $38.50 to win and $2.10 for a place. Von Richthofen was the 10th win favourite for race 7 and the second place favourite.