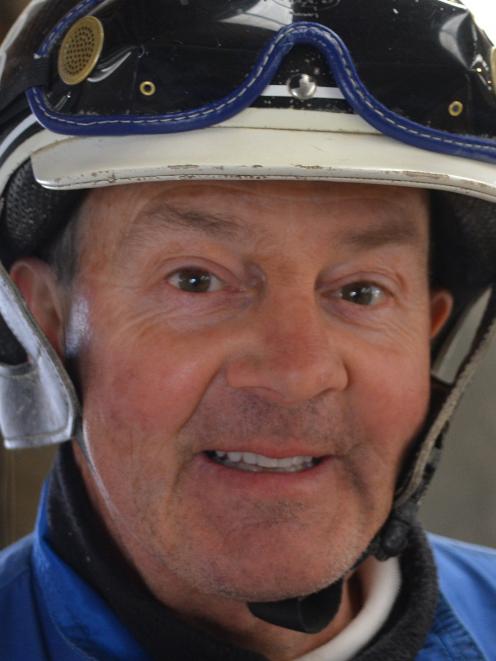 Mark Purdon
A perfect preparation means horse of the year Spankem is ready to tackle a distance far from perfect for him in today's New Zealand Trotting Cup at Addington.

Trainers Mark Purdon and Natalie Rasmussen have overseen a faultless lead-up to New Zealand's greatest harness race. Spankem has displayed the speed, stamina and poise of a deserving favourite.

The only question the 5yr-old has not been able to answer in that lead-up is whether he will handle the 3200m.

Purdon is confident his horse will stay the distance under the pressure environment of a New Zealand Cup.

But the master trainer-driver admits it is not the ideal trip for his speed machine.

"I wouldn't think it is his go - he is better over shorter distances.

"But at the same time, he is in a great place and his form suggests he is probably still going to be the one to beat, even though it is not his pet distance.''

Spankem's staying qualities have come under scrutiny as he has been unplaced in two starts past 2700m.

The first of those came when the pacer ran a creditable, but well beaten, fourth in last year's 2760m Interdominion final, won by Tiger Tara.

The second came in this year's 3200m Easter Cup, won by Turn It Up, when Spankem was first up from a short spell.

Purdon looks to have plenty of options from barrier 6 with his excellent beginner.

The five-time New Zealand Cup-winning driver would not be drawn into talking too many tactics, but hinted that taking a trail could help Spankem show his best.

"One thing is that he will follow any speed. It won't matter how quick they go. He will follow that speed and come out and show his own high speed.

"The way he has been going he is the horse to beat, so I can afford to drive him with some confidence.''

The favourite's stablemate, Thefixer, comes into the race in a contrasting situation to Spankem.

There are absolutely no queries over his staying prowess, following his tenacious win in the New Zealand Cup last year.

That victory came after hoof problems dogged his preparation, which have also caused his camp grief this year.

Thefixer appears to be ahead of where he was going into last year's race by being able to race in the Ashburton Flying Stakes and Methven Cup.

Purdon would not go as far as confirming that but suggested Thefixer is a better horse than when he won last year's edition.

"I think he is a stronger horse than he was last year.

"He is a horse that can make his own luck - and he is probably one of the few in the field that could.

"I am really happy with him and I think over the last fortnight he has really tightened up and he is hitting peak fitness.

Purdon has two more horses that can help him land a seventh New Zealand Cup as a trainer and a fourth in partnership with Rasmussen.

Chase Auckland has stepped up to the big leagues with excellent performances in open company this season.

It looks like Chase Auckland will need to call on that strength to win from the unruly starting position.

"He is very fit and well and he will go a big race,'' Purdon said.

The veteran paced roughly at a vital stage in last year's race, losing momentum that could have put him in the finishing photo beside Thefixer.

Cruz Bromac showed he can still put in rough steps when galloping in the Ashburton Flying Stakes, before producing a better showing for second behind Classie Brigade in the New Zealand Cup Trial.

With manners and some manoeuvring from driver Blair Orange to keep him off the outside of the track - where he tends to pace roughly -he could go a strong race.

"He is probably good enough to move up at some stage and put himself in the race,'' Purdon said. "He just can't be too wide on the last corner.''