By Molly Houseman
0 Comments
After over 40 years, Murray James Hill watched his last greyhound run in the last race at Forbury Park.

The Otago Greyhound Racing Club life member brought his pet and former race dog, "Neil’s My Name", out of his three-year retirement to sprint around the track before it officially closed yesterday afternoon.

Hanging up the Lycra vests, worn by greyhounds when they race, is Otago Greyhound Racing Club life member Murray James Hill, of Waimate, at Forbury Park yesterday. PHOTO: PETER McINTOSH
He may have placed last, but winning was not what that race was about.

Mr Hill, of Waimate, said there was a sense of "disappointment" at the meeting.

His three greyhounds were all retired, but he hoped the club would have a future in Oamaru — which had been touted as a possible home for the club.

As for him, "I have my three pets and that will do me".

"Neil’s has formed his own race track — we have got five acres [2ha] — so he works himself out on his own racetrack." 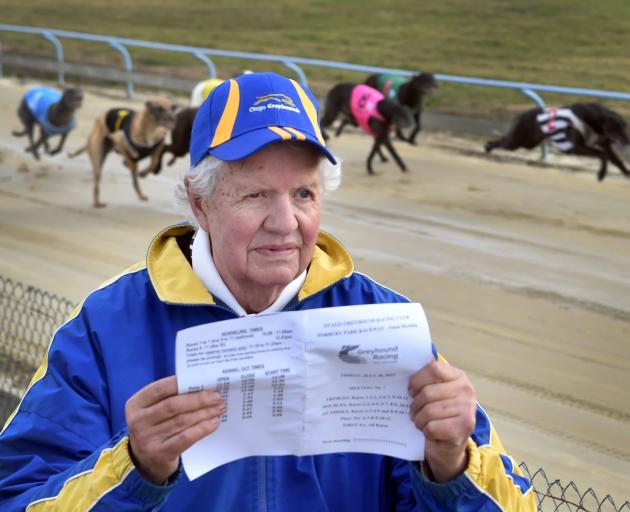 Club president Phil Hammond said it was "upsetting" the club had spent nearly half a million dollars on facility improvements at Forbury Park in the past five years, only to see it go so suddenly.

"I just do not want to have to send it all off to scrap metal."

Among the members were Colin and Ann Weatherall, of Dunedin, who were there at the beginning of greyhound racing at Forbury Park.

Despite not racing greyhounds in the past 30 years, the couple showed up to reminisce and support the club.

"We had a lot of fun in the early days," said Mr Weatherall, who helped develop the track in the late 1970s.

It was "sad" the future of the club was uncertain, as the last Forbury Park race was run, he said.

"It is a moment in history."

The final race, the Farewell Forbury sprint, happened at 3.10pm. 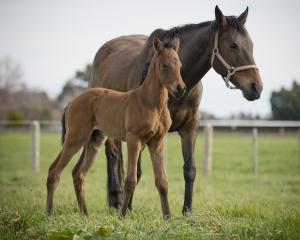