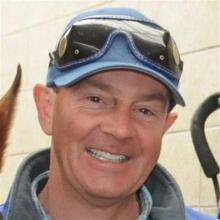 The spotlight will shift from New Zealand Cup favourite Spankem to arguably New Zealand's most exciting pacer when Self Assured returns to racing at Addington tonight.

The unbeaten sensation will have his first spring start for trainers Mark Purdon and Natalie Rasmussen following a stunning Australian winter campaign where he announced himself as the next big name in Australasian harness racing.

The only lingering doubts his backers - who have taken the horse's $2 odds - have should fall into two categories.

The first, most crucial factor Self Assured must overcome is giving away a race fitness advantage to a classy line-up of rivals.

The Bettor's Delight star has had just one trial to be prepared for his resumption.

"Ideally, it would have been nice to have another trial," Purdon said.

Secondly, the 4yr-old must negotiate his first standing start.

"He did have a standing start at the trials and Nat got him away safely there, but it will be different [tonight]," Purdon said.

"If he can just take those first few steps away in a pace he will be right."

Self Assured's return has created a curious scenario where the powerful All Stars stable will step out arguably their most extraordinary horse not only without Purdon or Rasmussen in the sulky, but with them driving rival horses.

Rasmussen will pair with spring head-scratcher, Ultimate Sniper (10m), who will be looking to bounce back from an ordinary last start performance.

Stable reinsman Tim Williams will continue his association with Another Masterpiece (front), leaving Blair Orange to step into the sulky behind Self Assured.

Like his star stablemate, Spankem is also facing a new scenario in tonight's 2600m event.

The Miracle Mile winner is almost certain to settle much further off the speed than in his recent starts, when he starts from the 30m handicap.

"It is only a small field, but he is not going to be far off them when they settle in two lines," Purdon said.

"Starting off that handicap won't do him any harm, because he is still on the way up and it will obviously be a harder race than he has had in the last couple of starts."

The powerful All Stars quartet in the race take on just three outside opponents.

The All Stars have an even bigger team contesting the Sires Stakes Series heat. Last season's leading male 2yr-old pacer One Change heads a five-strong attack Purdon and Rasmussen have on the race.

One Change looked ready to resume in a strong workout win at Rangiora recently. The 3yr-old lifted after two quiet trial runs to beat race rival and stablemate Italian Lad by three-quarters of a length.

"We're very happy with him. He's needed those trials to to get himself to fitness and his last workout was very good," Purdon said.

The All Stars stable also start Italian Lad, Flying Even Bettor, Pur Dan and Virgil in the 1980m event.

Purdon and Rasmussen start a total of 16 horses at the Addington meeting, including their star trotter Oscar Bonavena.

The 4yr-old looks set to reaffirm his Dominion favouritism in a 1980m free-for-all.