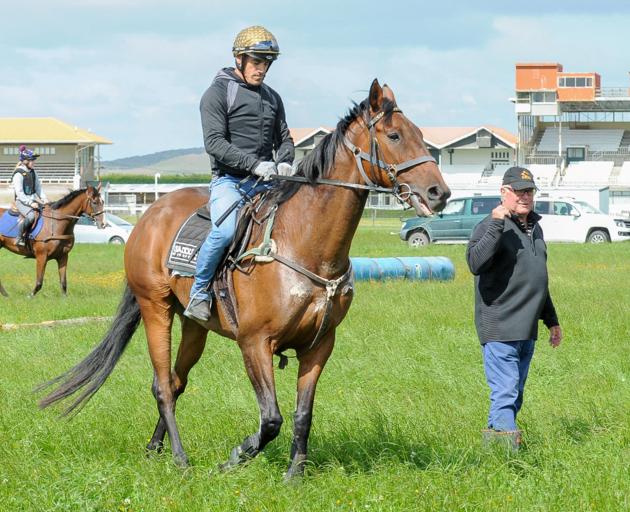 Jumps trainers, riders and their supporters brought more than 25 potential jumps horses to the two-day clinic, where the Taranaki trainer passed on his extensive knowledge of the sport.

It is now on a two-year probationary trial in a bid to lift its dwindling numbers.

Last weekend’s clinic was the first in a series of four aimed at upskilling southern jumps enthusiasts in an effort to strengthen South Island jumps racing.

Wheeler’s passion for jumps racing led him to his participation in the Riverton clinic.

He quickly noticed how capable the track riders present were.

"The best thing from my aspect was there were four or five young kids that came along and they were really capable of teaching the horses to jump.

"That was the thing that impressed me the most."

Wheeler said it was a misconception that trainers needed jockeys licensed for jumps racing to educate their horses.

"Everyone thinks you need jumping jockeys to teach horses to jump. Well, you don’t.

"You only need kids that have gone through pony club to a reasonable level and they can do it all for you.

"There were three of four riders that I thought were outstanding and I don’t say that glibly."

Keeping the track riders interested in jumps racing and working in stables was a key to strengthening the sport, Wheeler said.

The Hall Of Fame trainer also saw plenty of talent among equine ranks brought to Riverton.

Part of the drive behind the clinic was to help horses progress to the races.

"It was very encouraging.

"There were 27 horses on the first day and 19 on the second day.

"Five of them got both their steeplechasing and hurdle tickets and another seven got one of their jumping tickets.

"And there were another nine horses ready to qualify."

"If it keeps going the way it has been going down here, there would be no Grand National meeting ...

"I said to the Riccarton committee, [in Canterbury] if you don’t rally around jumping, you will lose your second-biggest meeting.

"And, to be fair, they have — and all the committees down here have rallied around jumping.

"Riverton have been outstanding, as you would expect."

Jumping reform in the South Island has been led by a steering committee set up in conjunction with NZTR.