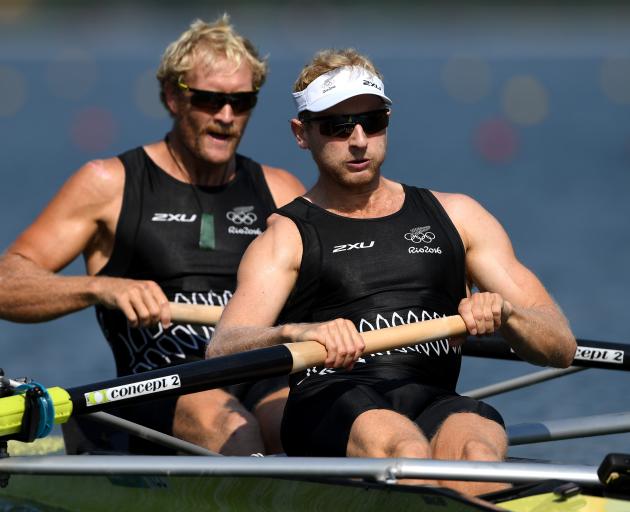 Eric Murray (left) and Hamish Bond on the way to winning their men’s pair semifinal at the Lagoa Stadium in Rio de Janeiro. Photo: Getty Images

One podium finish appears just about assured but it could be tougher going for another of Otago's medal hopefuls as history beckons on Rio's Rodrigo de Freitas lagoon.

Former Otago Boys' High School pupil Hamish Bond and his brother Alistair will row for gold within just under an hour of each other early on Friday morning, in what could be a historic day for Otago sport.

Only in Helsinki in 1952 and Atlanta in 1996 have Otago born and bred athletes claimed two medals in one summer Olympics.

Add to the mix, former Otago Girls' High School pupil Kelly Brazier, who won silver with the women's sevens team earlier this week, and the two Bonds would cap the region's most productive Olympics if they produced podium finishes tomorrow.

Hamish Bond, the older of the two brothers, will compete first, when he teams up with men's pair partner Eric Murray in what is one of New Zealand's biggest gold medal hopes.

The pair, whose race is scheduled for 12.52am, will be shooting for a 69th consecutive victory as they chase a second Olympic gold after cruising through the semifinal yesterday.

Bond and Murray won the second semifinal by more than three seconds and qualified fastest for the final, retaining their remarkable unbeaten run since teaming up in late 2008.

Alistair Bond's lightweight men's four will take to the water less than an hour later, after coming from behind to clinch the third and final qualifying spot in its semifinal yesterday.

The crew of Bond, James Hunter, Peter Taylor and James Lassche came through the significantly faster semifinal to book a spot in tomorrow's final, scheduled for 1.44am.

The placings will be anyone's guess in a race comprising six evenly matched boats, although the New Zealand crew has recent form on its side, having won the past two World Cup events in Switzerland and Poland.

However, conditions have been blustery at times during this week's regatta and Otago University Rowing Club manager Glen Sinclair, who is in Rio supporting the New Zealand team, said wind was likely to play a part in tomorrow's racing.

"The winds are changing all the time and you cannot compare one race's times with the next for the same event,'' he said yesterday.  "We had a tail wind, a head wind and also total calmness today.''

Winds were predicted to reach about 12 knots tomorrow, which was almost enough to postpone racing and would even out the playing field, he said.

The lightweight men's four would face a particularly stiff challenge to repeat their World Cup successes.

"They didn't quite fire today, but they at least survived to race another day.''

"Hamish Bond and Eric Murray are just all class. It's still not going to be easy. They showed in today's semifinal they can lead and dominate from the start, which is what they will have to do if it is rough on Thursday [Friday NZ time].''

Single scullers Mahe Drysdale and Emma Twigg will also be in action overnight - their semifinals are scheduled for 12.10am and 12.30am respectively. 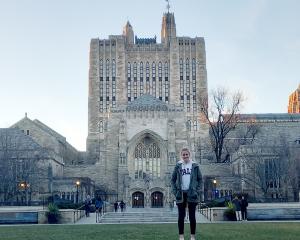