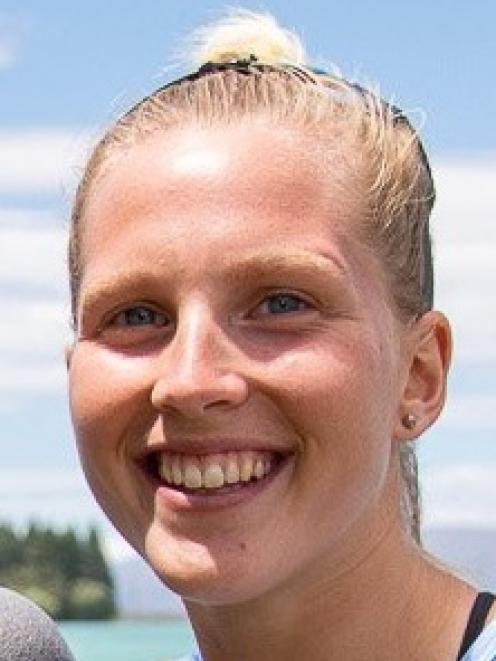 Juliette Lequeux
Young Otago University rower Juliette Lequeux has been selected for the New Zealand under-23 squad as she tries to make the national squad in her country of birth.

But she wants to represent New Zealand as this is where she grew up and is the country with which she has a real connection.

Lequeux could not be contacted yesterday but she had earlier spoken of wanting to represent New Zealand as she only qualified for France through her father, former Dunedin cafe owner and mayoral candidate Olivier.

She represented France in the past two world championships but felt she was only representing them while she has a real passion for New Zealand and wants to wear the silver fern.

She performed well at the national championships in Lake Karapiro last month, finishing fourth in the under-22 single sculls and then teaming up with Hannah Coulter, also of the Otago University club, to win the senior women’s double sculls.

She attended a training camp at Lake Karapiro and was named in the under-23 squad, which will train at Karapiro in May.

There are five women scullers picked in the under-23 side so a quad and a single sculler are likely to be selected.

Due to the 2020 Olympic Games, this year’s world championship regatta will combine junior, under-23 and non-Olympic elite competition in Bled in Slovenia on August 16-23.

The team for these championships will be named next month.

Oamaru’s Mark Taylor has been named in the reserve men’s double.

Meanwhile, Hamish Bond, who still rows out of the North End club, has been named in the men’s eight to contest the last chance regatta at Lucerne in Switzerland in May.

The men’s eight and the men’s quad will both travel to Lucerne in May and need to finish in the top two to qualify for the Olympics.

The New Zealand Olympic team will be announced on June 10.