Trip from US to NZ started out as joke 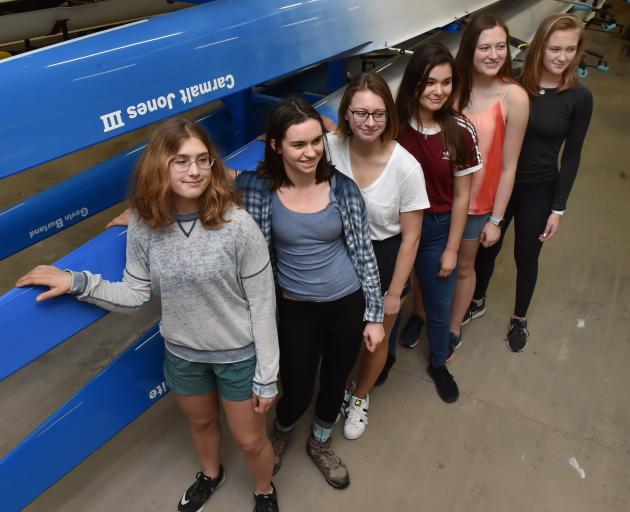 American rowers (from front) Olivia White (17), Mabel Moses (17), Ruta Milewski (18), Ava Lorentzen (15), Roslyn Bellscheidt (16) and Kath Kelly (16) in Dunedin preparing for next week’s national championships in Twizel. Photo: Gregor Richardson
What started out as something of a joke has led to a summer escape for some young American rowers.

The national championships are on at Lake Ruataniwha next week and the Burton Beach Rowing Club, from Vashon Island, just outside Seattle in the northwest of the United States, will be competing.

A team of six, all girls and still at high school, is lining up at the championships, on the suggestion of their coach, Richard Parr. 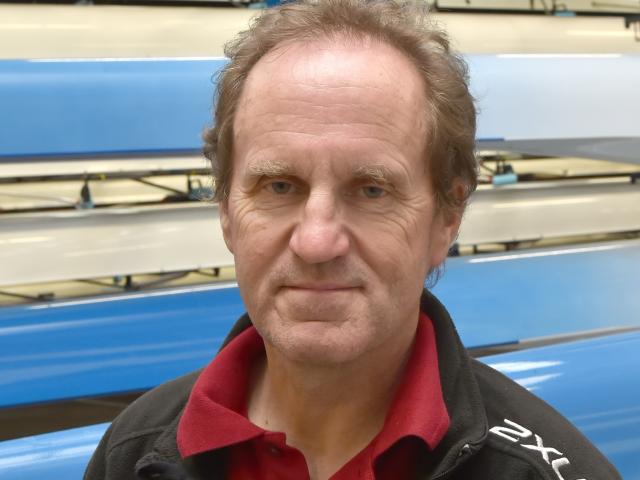 These days he runs a rowing coaching business and his main client is at the Burton Beach Rowing Club.

The club is dominated by junior rowers, and Parr said they were an enthusiastic and keen group.

Keen enough to fly across the Pacific and end up in Dunedin to get ready for the jaunt to Twizel?

''It came from a joke really. I was at training one day in September and just joked to the girls about going to New Zealand and competing in the New Zealand champs,'' Parr said.

''I still keep in touch with New Zealand rowing websites and read New Zealand news sites so I knew it was on.

''But I was 100% kidding about the trip. But the next day, two of the girls came along to training and had talked to their parents and asked how we could do this.''

The momentum for the trip started, he used his contacts in Dunedin. Things fell into place and, before all involved knew it, the trip was all set to go.

The six rowers will row in a four and doubles in the under-19 grade at the championships, and Parr said the trip was only possible thanks to the help of the University of Otago Rowing Club and Otago Girls' High School whose pupils are helping to accommodate the rowers.

He said the team was really looking forward to the championships and getting in some rowing in Dunedin over the next few days in preparation for the national championships.

It may seem hard to believe but the trip to New Zealand will probably be cheaper than the national championships in the United States, which will take place in Florida, on the other side of the country.

Rowing at high schools in the United States was strong with a real focus on eights.

The rowers had nine training sessions a week.

The girls are enjoying the warmer summer weather having left behind an island covered in half a metre of snow and freezing temperatures.

The crew is also mixing in some sightseeing with rowing and has visited Sandfly Bay and Otago Museum in the past couple of days.

The championships start on Tuesday with crews from all over New Zealand converging on the lake. Finals take place on Friday and Saturday.