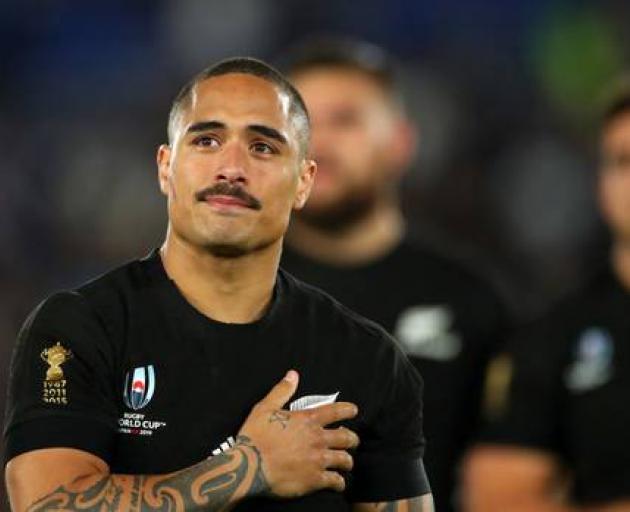 Smith was banned for one match by the All Blacks after being seen entering a disabled toilet with a female at the Christchurch Airport, while wearing his All Blacks travel uniform following a test against the Springboks the night before.

Now, speaking on the Rugby Bricks podcast, Smith said his "whole world flipped" because of the incident.

"Through that whole period up until 2016, I fell into a real ugly circle of drinking a lot, loving being an All Black, loving being in the spotlight, loving attention – it was ugly, reading good articles about yourself and thinking: 'Yeah, I'm the man'. Then my speedbump happened," he said in a wide-ranging interview.

"I didn't know I was hurting people – I was taking more than I was giving. My family and my friends, I was taking everything for granted."

In spite of being stood down by the All Blacks, the team stood by their starting halfback, and Smith thanked mental skills coach Gilbert Enoka and head coach Steve Hansen for their support during that time.

"Gilbert Enoka, I had heaps of chats with him around my mental state, what I thought the problem was, and he guided me to what he thought the problem was. It was very honest – he gave me it black and white – 'I think these are your issues, and I'm going to get you the people who can help'. I had to front up.

"Steve Hansen was massive the whole time – he rang me once a week, even when I wasn't in camp, to check on me, he was brilliant. After the semifinal and the third place game [at the 2019 Rugby World Cup] I went and hugged him and said 'thank you for helping me become a man' – him and Bert really got me to where I am now."

"I made big changes, and like with everything I do, I went hard – I wanted to fix my issues. For two years I was seeing counselling every two weeks, I'm still working on myself – I don't drink any more, I have my values really clear – I know why I play rugby, I know who I am.

"The thing I loved about having counselling every two weeks was knowing that I had someone to go talk to, so if I was having a rough day, I could write it down and in two weeks I could talk about that.

"From 2016 to now, it's full circle. It was hard, really tough, but I had to take a look in the mirror around who I was being, and it wasn't someone I was proud of. I hurt a lot of people – people dear to me – and a lot of embarrassment came from that for me and my family.

"I had a choice – I had to get help, or run away. I chose to front it, I chose to get help from the right people, I was very blessed with the All Blacks, they were able to get me the best help in the country.

"It wasn't an instant thing, it took a couple of years to really sort out my issues, I'm still working on myself but a lot has come from it, which was great."

Smith also praised partner Teagan Voykovich, who stood by him throughout the ordeal.

"A lot of what drives me is to prove people who stuck by me right, I want to repay them for their support, I want to change people's mindsets of what people thought of me.

"When I brush my teeth at night and look in the mirror, I think: 'You did the right thing today – I'm proud of you' – and that's something I don't think I could have done back in the day."