All Blacks inside backs options worth good look 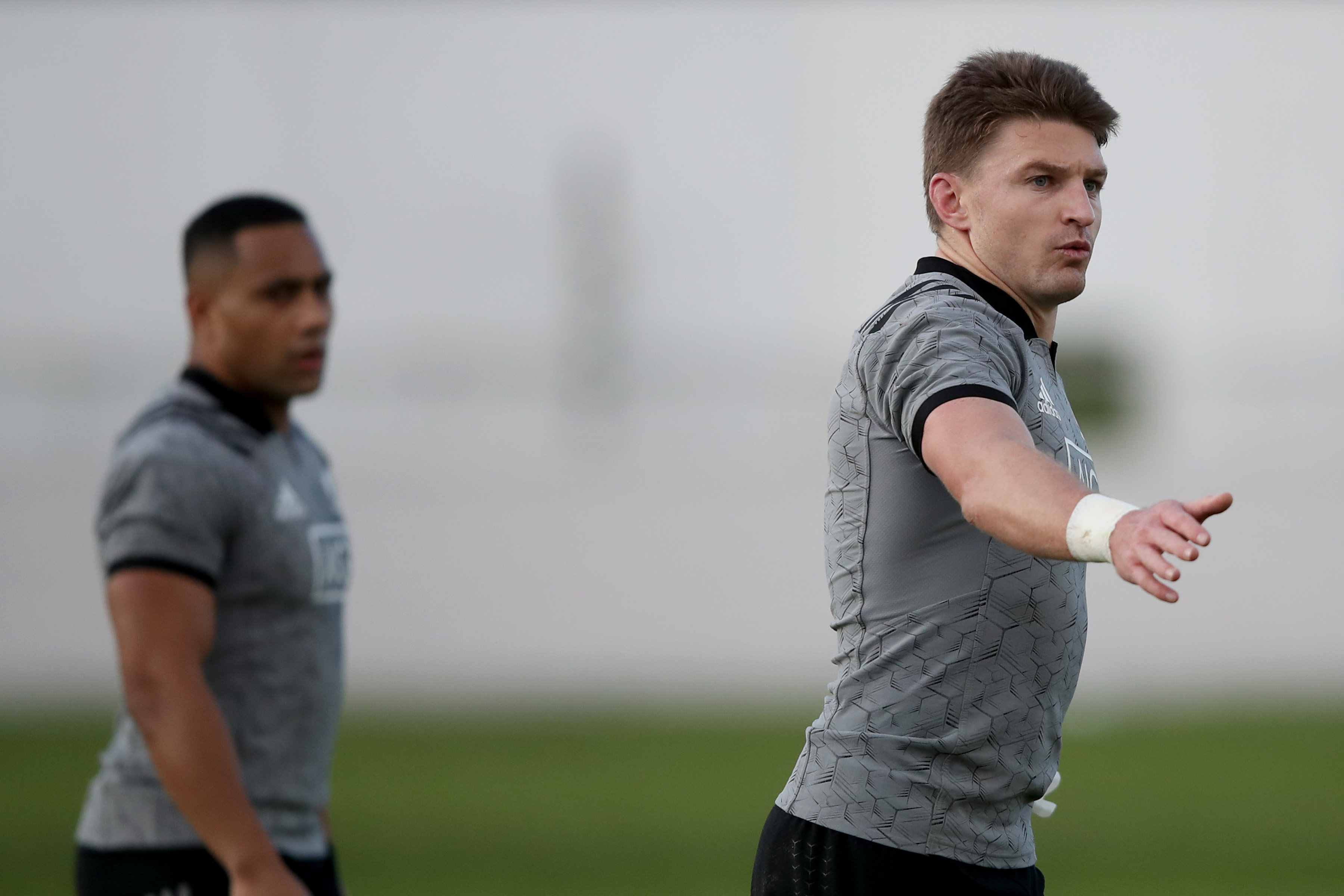 Beauden Barrett during a practice run yesterday. Photo: Getty Images
The men who will make the decisions on the field for the All Blacks and steer the ship round the paddock appear to be well set. Rugby writer Steve Hepburn sifts through and wonders if there are any more options for the inside backs.

The one question which surrounds the All Blacks in the inside backs is whether they take two or three playmakers.

Ink in Beauden Barrett and Richie Mo'unga for the team. Though he has worn the No15 jersey on his back in the past couple of tests, Barrett is a first five-eighth.

Behind those two the next cab off the rank is Highlanders and Otago first five-eighth Josh Ioane.

Ioane has had a swift rise up the charts and though he is next in line, chances are he will not make the plane to Japan.

There is plenty of versatility within the rest of the backline to cover an injury.

Colin Slade was the back-up first five-eighth four years ago but he was more of a utility than Ioane, who is yet to play a test.

New Zealand's only two games which are relatively close together are matches against firstly Canada and then Namibia. Hardly the toughest double header.

Surely Barrett and Mo'unga can share the duties between them in these games. If someone else is needed to wear the 10 jersey, a candidate would be TJ Perenara, who could do the job.

Perhaps Ben Smith could go there as he does not seem to be played in his favourite position. Ditto with Jordie Barrett.

Ioane has been in the All Black camp for a decent period this season but he is yet to get on to the paddock. It is hard to justify picking a third-string first five-eighth, who would only get game time should something go drastically wrong.

Barrett appears the more explosive player and depending on the next few weeks, he could go back to closer to the pack.

As for halfbacks, the selectors appear to have signalled their hand.

Aaron Smith and Perenara are again the top two and Brad Weber, coming off a strong Super Rugby season, will be the number three halfback.

Weber is rewarded for showing loyalty in staying in NZ, when he could have left and plied his trade overseas. He was in great form for the Chiefs this season.

There is little chance of anyone else coming into the halfback equation.

Te Toiroa Tahuriorangi simply did not play enough in Super Rugby, while others are not preferred or do not reach the required standard.