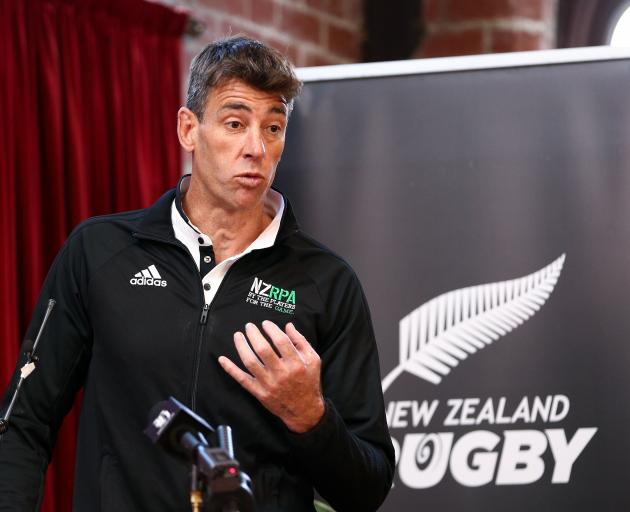 Rob Nichol. Photo: Getty Images
New Zealand Rugby could save $25million and the highest-paid players will be hit the most in a range of measures announced yesterday.

New Zealand Rugby and the New Zealand Rugby Players’ Association revealed an agreement yesterday whereby it would freeze about $25million, or 50%, of the remaining forecasted player spend in 2020. It was for the top 270 players in the country, covering Super Rugby players, those involved in the sevens programme and the Black Ferns.

NZRPA chief executive Rob Nichol said if no more rugby was played at this level the frozen payments and benefits would be waived permanently. If some games were played and the financial outlook improved, payments could be reinstated.

NZR head of professional rugby Chris Lendrum said payer payments were complex and players would lose between 20-40% of their salaries. They would also lose money on assembly fees for various teams and promotional payments.

Lendrum said the top players would be taking the biggest hit as they were also linked to more commercial and promotional payments.

They were fully supportive of the approach taken.

The path of freezing funds was the best approach under the revenue-sharing model the national body and the players worked under, Lendrum said.

Players received a percentage of the income gained by the national body and it sat at about 36% of revenue.

It was a complete unknown when the game would start again.

Super Rugby was called off in the middle of last month and there had been no date set for its return.

NZR faces a huge financial hit if the test season falls over as most of its income is gained from tests in New Zealand and overseas.

Lendrum said players paid under $50,000 were not subject to the cuts, though there were not many of them. Super Rugby players received a minimum of $75,000 and a maximum of $195,000. Some replacement players or young players may receive less than $50,000.

The agreement does not cover those with provincial contracts and their settlement may take a few weeks.

The provincial situation was more complex as there were 14 unions to deal with, all with separate deals.

Nichol was pleased with the decision.

"Moving forward, the players remain committed to working with all stakeholders to ensure the game survives and is best placed to take advantage of the opportunity to get back up and running as soon as is safely possible."

Reduction in salaries of between 20-40%, $25million saved if no more games this year.

Freezing contributions to the player savings scheme, promotional payments and most performance incentives.

Reductions in funding for other initiatives for players funded by the player payment pool while still maintaining insurance cover and key player wellbeing, development and support initiatives.