Robinson to take over as head of NZ Rugby 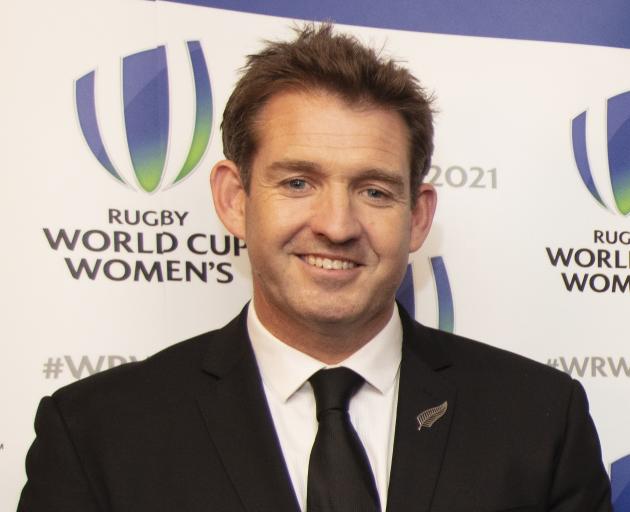 Tew, who has been with the organisation since 2001 and became chief executive in 2007, surprisingly announced in June that he would step down at the end of the year.

Robinson is to step down from NZR's board to take up the role but will remain a member of the World Rugby Council as NZR's chief executive.

"I am truly excited by what this opportunity offers," he said in a NZR statement today.

"I have a clear vision to continue to grow the great work already established under Steve's watch and recognise the significant responsibility we have in ensuring our game continues to flourish at all levels."

The 45-year-old, who played nine tests for the All Blacks, had his playing career interrupted by his studies at Cambridge University in Britain and then blighted by a series of serious injuries.

He finished his playing career in Japan with Kobelco Steelers then returned to New Zealand as chief executive of the Taranaki Rugby Union, his home province, for five years.

He has been working as a business consultant since 2012.

Tew turned NZR into a financial juggernaut and ensured the country's teams continually delivered global silverware with a tough policy on player eligibility where overseas-based players are ineligible for the All Blacks.

The policy is seen as key to avoiding a drain of talent to northern hemisphere clubs, even though NZR still face increased financial pressure from overseas.

One of Robinson's first tasks will be to build a relationship with a new All Blacks coach, with Steve Hansen stepping down after the World Cup in Japan.

Robinson will also step into negotiations for a new broadcasting agreement and a possible reshaping of the southern hemisphere Super Rugby and Rugby Championship competitions from 2021.

"This is a very exciting time as Mark starts to transition into the role, working closely with Steve at the Rugby World Cup in Japan," NZR Chairman Brent Impey said.

"There's never been a more perfect time for a new CEO to start."