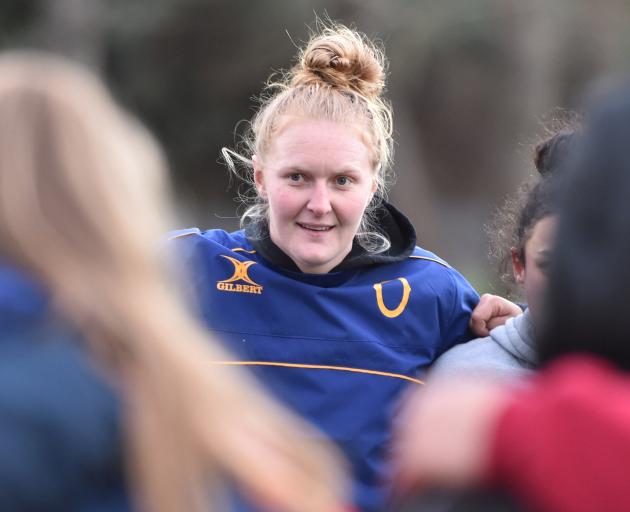 Otago Spirit forward Greer Muir prepares to take a pass during a training session at Logan Park earlier this week. PHOTO: GREGOR RICHARDSON
Greer Muir has reinvented herself as a loose forward and rediscovered the joy of rugby.

The 26-year-old former midfielder has been a rock in the centre of the paddock for the Otago Spirit since she joined the side in 2011.

But the hard-running Pirates second five-eighth was getting a little jaded with the game. She was stale and needed a change, so she has popped up in the forwards this season.

She is playing No8, which is not a seismic shift, according to Muir. A lot of the skills are similar.

She still gets to take the ball into contact as hard as she can. But some of the positional play is a challenge and that is exactly what she needed.

"I've probably only played there in about five games or less," she said.

"I didn't really enjoy my rugby last year and I just wanted to have fun again. And a few people have told me that I should be a forward, so I sort of took their advice.

"I thought I'd have a bit of fun and learn a new position and play again this year. And it has worked, because I've really enjoyed my rugby and I'm learning every single training."

Muir has previously always played at second-five or at centre. Her role has been to crash the ball up and she will largely still play that way.

"It is not that dissimilar to a midfielder but I get to do more of what I enjoy doing. I'll get to carry more and I get to make heaps more tackles."

These days, forwards pop up in the backline a lot more often. Everyone is obsessed with pods and trying to bash a way through the defence.

That suits Muir's style perfectly. She is still learning to scrum properly, though.

"It is such a technical thing which I didn't really understand before. I've got a lot more respect for the forwards now."

The lineout did not prove anywhere near as difficult. Coach Scott Manson was staggered how quickly she learned the calls and developed into a genuine lineout threat.

"I've never seen anyone pick up the lineout so quick," Manson said.

"She learned that within two weeks. That is incredible.

"She is a massive asset because she is quite tall. That is another string to her bow."

Muir has been part of the Black Ferns wider squad but was dropped this year.

It had been suggested her shift to the forwards might help her revitalise her international aspirations. But Muir said the decision to switch position was not motivated by anything other than having fun.

The Otago Spirit opens its campaign tomorrow with a match against Taranaki, at Forsyth Barr Stadium.

The Spirit is sharing the stage with the Otago men's team, which will be defending the Ranfurly Shield against Taranaki.

The Spirit shapes as one of the sides to watch in the Championship.

"We are in a better position compared with this time last season. The majority of our squad have stayed around, so it is easy to restart," Muir said.

Muir, who is a mental health assistant, is part of an experienced core which includes backs Sheree Hume and Kilisitina Moata'ane.

Powerful lock Syreeta Norris has returned from an injury, and United States first five-eighth Hannah Stolba is back for another stint.

Utility forward Tegan Hollows will captain a side which is hoping to go one better than last season.

Otago was overpowered by a classy Wellington side 57-5 in the Championship final last year. But Wellington has been promoted this season and the bottom-placed Premiership side was not relegated.

"This is our best opportunity to win it. It is just the unknown of what Northland are going to be like and a few of the other teams might be better than they were last year. But I'm hoping we are, too." 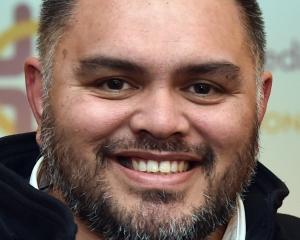