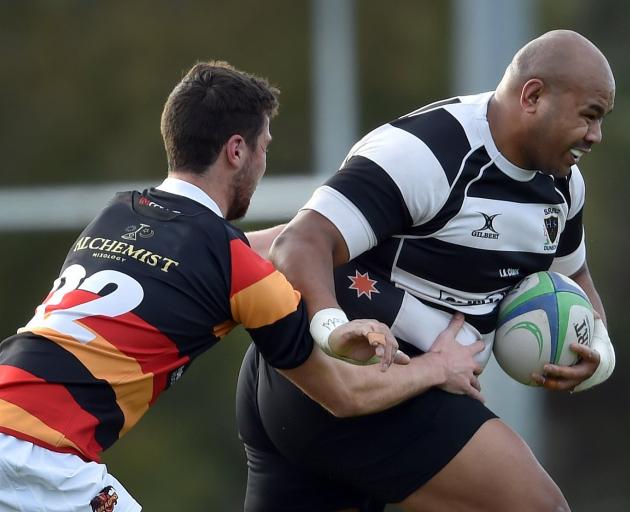 The Harbour side will take on University at Watson Park tomorrow after having the bye last week.

The side has won one game so far in the Gallaway Trophy, beating Zingari-Richmond but going down narrowly to Kaikorai and Dunedin.

Nicholas said it was a very tight competition and every game was tough. He had been surprised how close the games were and every side had the ability to beat anyone else.

He had not been happy about how the Harbour side had been playing.

"We should have won all of our games so far but we have been so inconsistent in a game," he said.

"It is costing us games. We might play a good first half and then our second 40 minutes will be no good. You do not know what team is going to turn up."

Players were making individual errors which were proving costly, simply not concentrating when needed.

"Collectively, some guys are on but others are switching off a little bit which we can’t afford."

The side had brought in some new talent this year in the form of hooker Bruce Kauika-Petersen, winger Viliami Fine and midfielder Viliami Tufui, who could also play in the midfield, and they were playing well. Joshua Robertson-Weepu had come to the club last month and was an exciting outside back. He was the nephew of former All Black Piri Weepu and had played for Wellington B over the past couple of years.

The side may welcome back Otago forward Charles Elton in two to three weeks as he returns from an achilles injury from last season. His return will be a big boost for Harbour.

His experience would really help while flanker James Tomkinson is getting back on to the field as he has taken a while to shake off groin issues.

Young halfback Nathan Hastie has been good for Harbour but is away to join the New Zealand under-20 side for a tour so will miss some games.

Logan Allen injured a knee near the end of the Speight’s Jug round and has since moved to Tauranga to pursue a business opportunity.

Nicholas said University had always had the wood over Harbour, ever since he has been with the club. The students were a difficult side to read and Harbour needed to stick to the basics.

The University side, like Harbour, has beaten Zingari-Richmond but lost to Kaikorai last week. It won the first game between the sides at the start of the season, sprinting out of the blocks and winning 48-37 at Forsyth Barr Stadium after it was ahead 28-7 at halftime.

The other games tomorrow will have Alhambra-Union hosting Kaikorai at the North Ground. Green Island will take on Zingari-Richmond for the Hellyer Memorial while Southern will host Dunedin at Bathgate Park for the Ron Reggett Memorial. 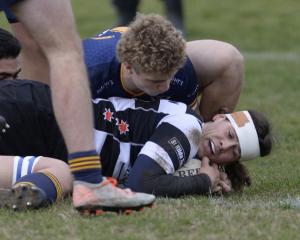 Do or die: teams to vie for semis spots 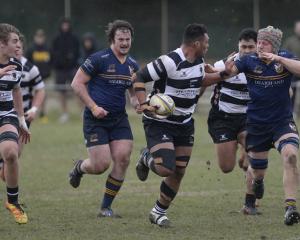 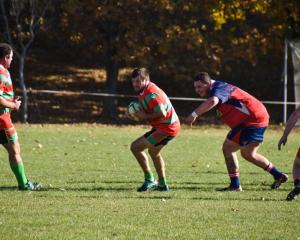 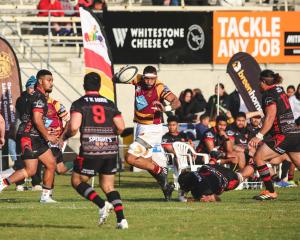 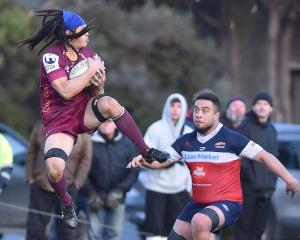