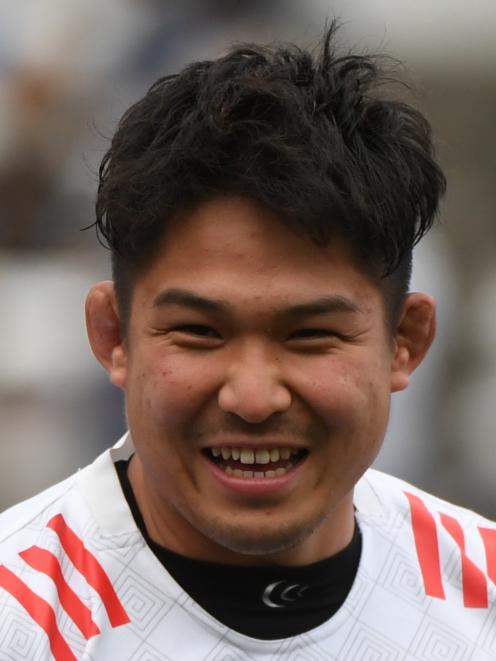 Kazuki Himeno, PHOTO: GETTY IMAGES
The Highlanders are confident — well, as confident as one can be in this ever-changing pandemic world — Japanese loose forward Kazuki Himeno will arrive at the franchise next month.

The forward has a ticket to board a flight to New Zealand, a place at an isolation facility on arrival and, all going well, will be sighted in a Highlanders jersey this season.

Himeno (26), a star loose forward for Japan at the World Cup in 2019, signed last year for the Highlanders for the 2021 season, taking a year away from Japanese club Toyota Verblitz to try his hand at Super Rugby.

But with the borders shut and paperwork to get through, there were doubts over whether the Highlanders would be able to bring Himeno into the country.

But he has secured a spot at a quarantine facility, will do his two-week period in isolation and then come south to join the Highlanders.

The Highlanders had to carry out paperwork and go through the channels with Immigration New Zealand to secure approval.

Whether he is available to play in the first game of Super Rugby Aotearoa is up in the air. He will not be able to train outside in the two weeks of isolation and will have to pass Covid-19 tests before he leaves Japan and also when he arrives in New Zealand.

It is good news for the Highlanders.

Coach Tony Brown said before Christmas if there was one Japanese player he wanted at the Highlanders it was Himeno.

While the Highlanders have had success in obtaining Himeno, the waiting game continues for the Southern Steel netball side and the Otago cricket team.

The Steel remains optimistic English shooter George Fisher will take the court in this year’s ANZ Premiership while Otago Volts all-rounder Dean Foxcroft is unable to return to play cricket in his adopted country.

The Steel has applied to Immigration New Zealand for Fisher to receive a critical worker exemption to gain entry to New Zealand.

While it was awaiting a response, coach Reinga Bloxham remained hopeful the side would have the services of the highly touted import.

"The Magic have to do the same thing to get Caitlin Bassett into the country.

"There’s other sportspeople playing for all sorts of teams who have done the same process and are awaiting the same thing we are.

"We just have to trust the process works and that the people who are doing those sorts of things make it happen.

"I’m fairly confident it will happen and it will be a matter of how quickly she can get here."

The shooting circle had been an area of emphasis in recruitment for the Steel this year.

Both were doing well in their recovery, but would not make it back for this season.

The Steel has a back-up plan if Fisher cannot enter the country.

Foxcroft, who impressed in his debut season for Otago last year, went home to South Africa after the end of last season, and has been unable to return.