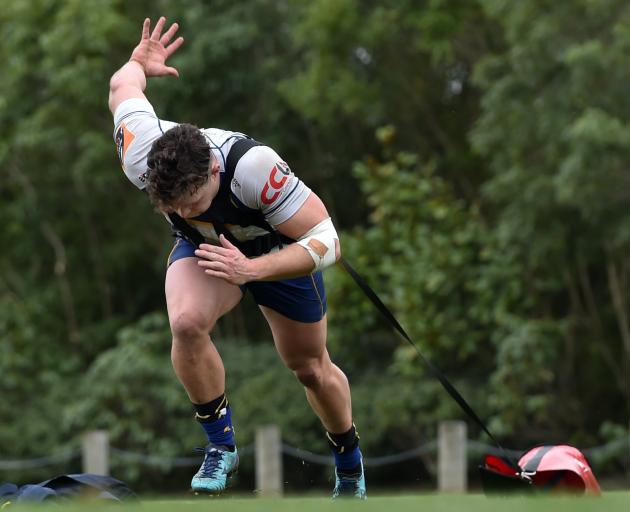 Dylan Nel is back for Green Island's big match against Taieri this weekend. Photo: Peter McIntosh
The wrap

It was a weekend of big scores, some predictable, some not. Varsity putting 50 on Harbour was not, but don't panic Hawks supporters - if you beat AU this weekend you make the four. Varsity will comfortably make the four. Taieri put 50 on Zingers to maintain second spot but this weekend is crunch time - more soon. Kaik finally started to show the form of which it is capable and put 70 on a hapless AU and, with its run-in, looks a shoo-in for the four. GI needed to beat Southern and snag the five points and did it comfortably so this weekend defines its season. So in summary Harbour, Varsity and Kaik are there ...

Taieri and GI go at it at the Elver Pit in a winner-take-all match. The victor will make the four but, for the loser, it is "thanks for coming". Dylan Nel is back for GI and he is an inspirational figure for the side. The team has Highlander Fa'afase in the front row which will help with its ailing scrum so it will go into the game with confidence. Taieri is the best defensive unit in the comp. It has a big pack and its loose forwards will have an edge. The two best midfielders in the comp in Whaanga for Taieri and Nu'u for GI square off in an intriguing battle. Nearly too close to call, but the Spannerheads just. It will be a fascinating game - get along if you can.

I can't keep up with what's happening in North Otago. Does anybody play rugby in Oamaru any more? Athies has been defaulting willy-nilly but last weekend Old Boys defaulted to it! It, too, has been struggling for players and had only the bare 15 the week before when it fronted against Kurow. How many games has Athies actually played this year? Its coach, "Bags", has had enough and pulled the pin and has been replaced by the great Mike Mullins. It begs the question - can Oamaru sustain three teams in town? The short answer seems to be no!

In Central, the Maggots let me down and turned over the "Horse" to the Goats. Super sub Andrew Hore, at the tender age of 40, even took the track for the Maggots but it was all in vain as Cromwell loaded the precious cargo into the team bus. Horey was not the oldest hooker going around as I see Jason Rutledge at 41 turned out for Woodlands at the weekend but at least his side won!

In the South, my favourite team is within sniffing distance of the four but don't tell anyone as I don't want to jinx the dream. The side last made the four in 1993 and last won it 1964! Of course, I'm talking about the "Cinderella" team, Owaka, but don't tell anybody. Just hold your collective breaths!

I see Jimmy Doleman has been appointed to the Under-20 World Cup final between Australia and France - great work, mate. Apparently, New Zealand finished last in this comp because there were no Mainlanders in the team. Has the prem colts grade been deferred for the season? That's what is said in the ODT draw yesterday. And just to finish I see RSCN from Kaik is up to his old tricks again. Kaik was playing AU up on the High Veldt at the weekend and pumped it by 70 and, because RSCN doesn't like AU, this week he called it GI on the scoreboard - outstanding work!

It's official. The props' picking comp against yours truly is over. I've gone up against a prop from all nine clubs over the past nine weeks and I've thrashed them 340 points to 335 - a cakewalk. If they beat me, we had to shout them to drinks and a meal at Speight's Ale House, courtesy of Dunedin's finest host, Mark Scully, and Finchy from Speight's. Since they got so close I'll see what I can do to recognise the props' efforts.

Up against Hamish Harvey, one of our sponsors from RD Petroleum, this weekend so should be an easy victory. Kaikorai should be far too strong for Dunedin (12-) considering it is struggling to name a team for this weekend. But I would rather go for a weekend in Fiordland with RSCN than pick Kaik. Green Island (12-) will just get it done against Taieri at the Elver Pit but nearly too close to call. Harbour (13+) will be far too strong for AU to cement its place in the four. Varsity (13+) will have far too many guns for Zingers. 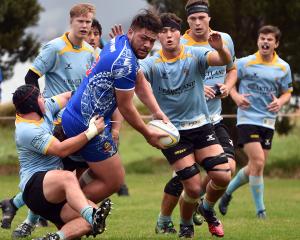 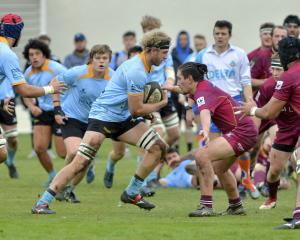 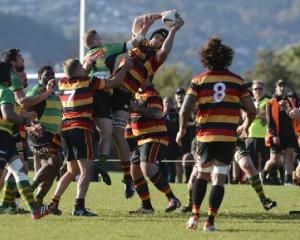 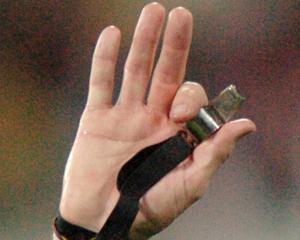 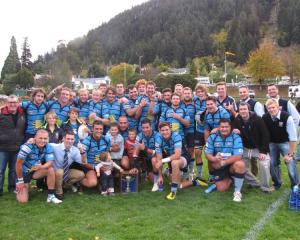 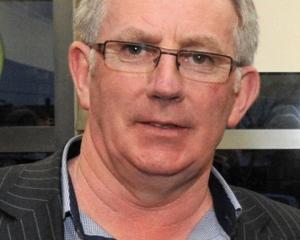