Execution letting side down: Brown 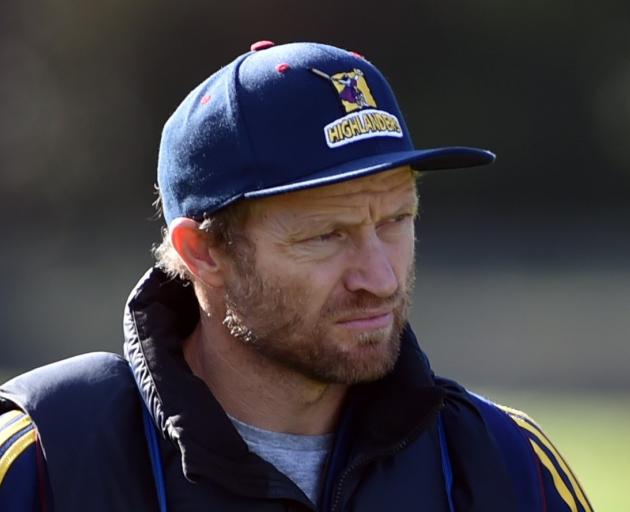 Barrett helped himself to 30 points and, in the understatement of the year, he said he was happy with his effort.

"Yeah it was nice. Things went my way tonight but I’m just stoked we got off the duck egg. It was always going to be hard down here against the Highlanders, playing an up-tempo game," he said.

"Our forwards responded quite well. We were desperate. But it was about backing ourselves and putting trust in each other."

He was glad he was kept at fullback.

"Everyone knows I want to play 15. I have been enjoying playing 15 for the Hurricanes and hopefully we can keep building on the performance."

Barrett slotted two mighty kicks from 50m and, said in the warm-up, he kicked one from the 50m line and it went over the fence at the end of the ground.

Highlanders coach Tony Brown believes his side can win its final four games - it simply has to get better at execution and taking every chance which comes along.

"We just did not execute when we did have the opportunities. We had all the ball and got into the 22 but just could not execute. That is just experience, showing some patience and being really ruthless," Brown said.

"It is frustrating. That is the difference between being first and second on the table and fourth."

The Crusaders in Christchurch loom on Good Friday.

"We are in a position now we need to win the last four games. For me, we are good enough to win these games if we can get our execution right and we can have a little bit more patience, when we have teams under pressure."

It's no wonder the execution isn't very good when Brown keeps chopping and changing the team every week.

Brown must be on very thin ice. Last year he was in charge of the backs and they were poor; this year he's in charge of the whole team and they're poor. In between, he assembled an unbalanced squad that has too many much-of-a-muchness loose forwards and too few powerful props and outside backs.